Posted on December 6, 2018 by jimsgarage

We flew in to Indianapolis yesterday afternoon and waited excitedly for today’s start of the Performance Racing Industry show in downtown Indy.  As usual there was a long line waiting for the kick-off breakfast. 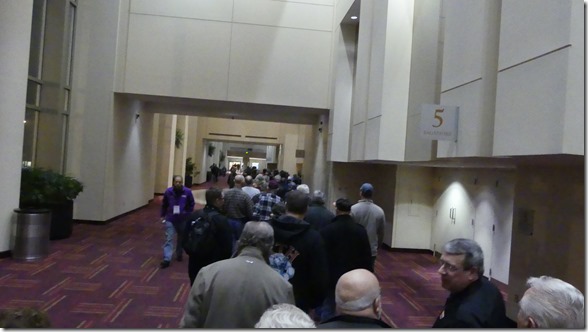 This morning’s guest interviewees were none other than Al Unser and his son who were interviewed by Dave Despain, even though Dave has professed to have retired. 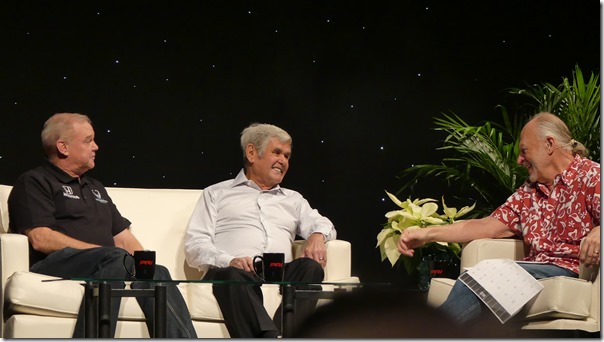 It was a treat to hear these two racing greats recount past glories and entertain us with their memories.  They both have a wonderful sense of humor and they do enjoy themselves.  If you ever get to Albuquerque, New Mexico, be sure to visit their museum there.  With a little luck you will probably get to meet them as well.

When the breakfast and interviews were complete the attendees headed to the show floor and the vast number of exhibitors that populate the show.

I will get to some of the exhibits that I found most interesting, but first lets take a tour of the many cars that were on display. 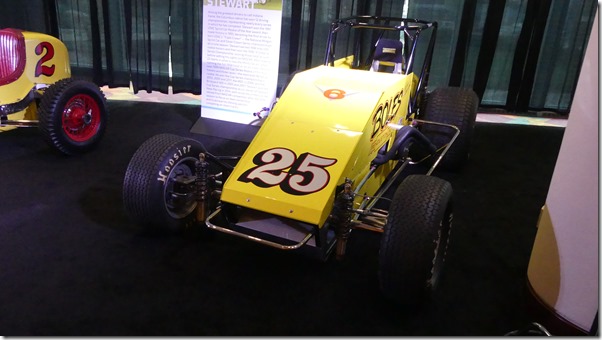 There was also a display of a few of the Unser family race cars. 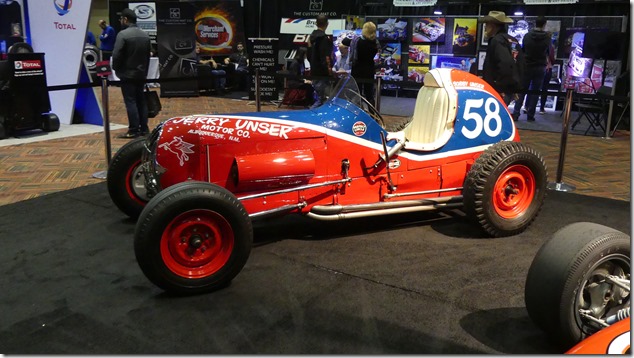 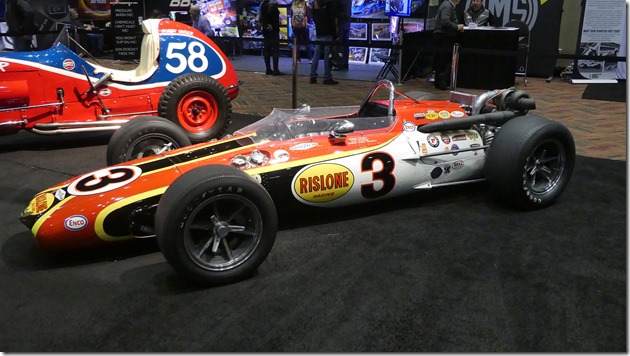 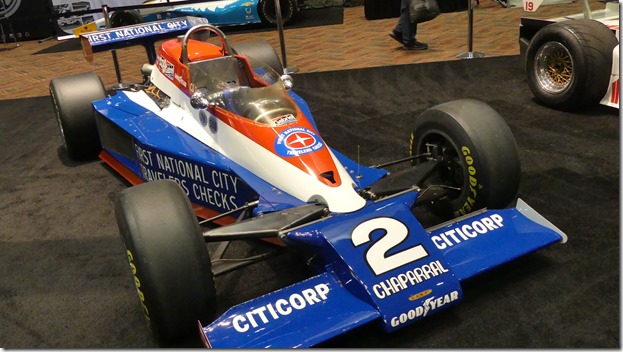 There was also a display of a very unusual Indy racer that was once driven by Joe Leonard. 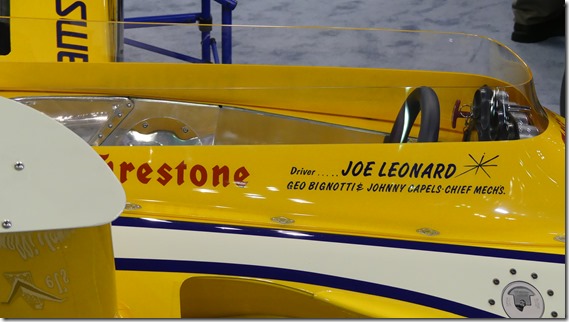 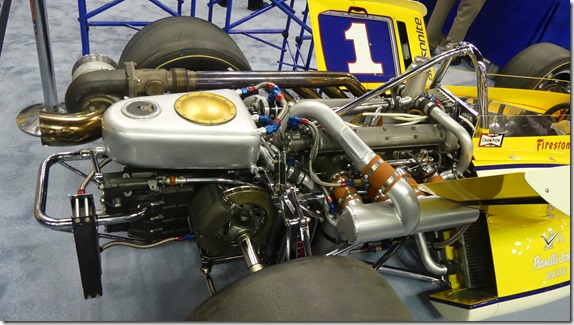 At the time it was revolutionary with its dihedral wings and its highly turbocharged Offenhauser four cylinder engine.  The Offy engine had the head integrated with the block so there was no head gasket and consequently they could really increase the boost pressure.

Here are several other cars that I saw as I perused the aisles. 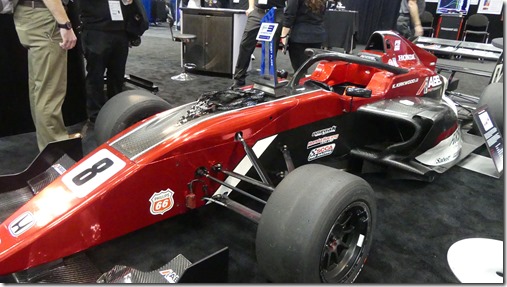 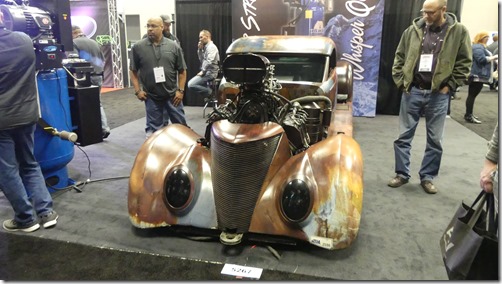 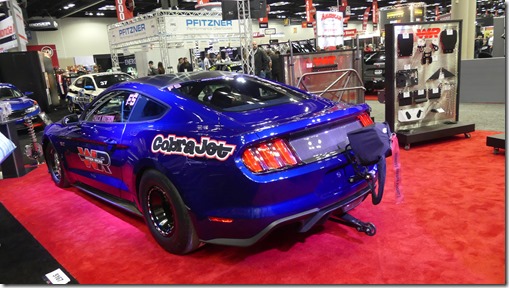 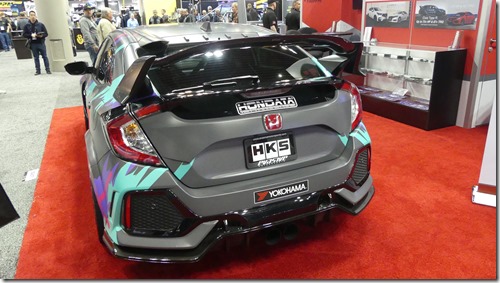 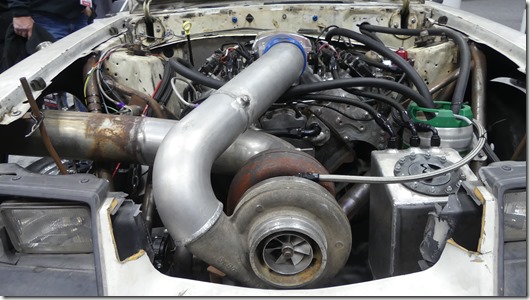 No, PRI is not a car show, but it certainly has some interesting competition vehicles to view.

Tomorrow I will focus on some of the exhibits of the various vendors that I found interesting.  Stay tuned.