Here is where I open myself up to more criticism than usual. As I’ve wandered the exhibition floors and hallways I have come across booths where there are things that catch my eye and impress me.  They may not be big names today, and maybe never will, but I think that they are interesting and just might be a big deal some day. 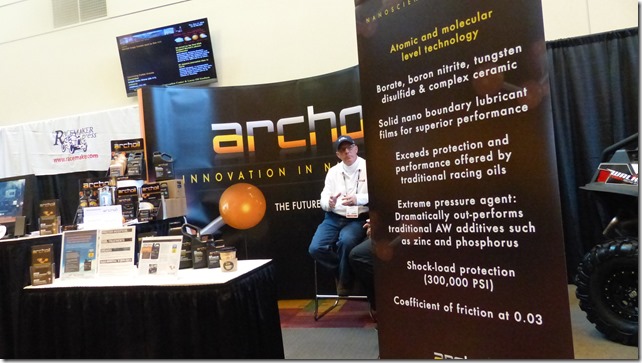 If you have a product that catches Jay Leno’s attention in a good way then you have probably got a good thing going.  Archhoil solved a problem that Jay was having with the lubrication of one of his steam cars.  It uses nano technology which means that its components are incredibly small.  We are talking beyond micron small.  So that constituents such as borate, boron nitrate, and other components that would normally be abrasive are made so small that they become a beneficial additive to oil.  Please don’t call it snake oil.

OK, maybe this isn’t really in the gem category, but it certainly is in the gee-whiz category.  I dropped by the Sube Sports booth and Chad DiMarco, the president, showed me a pair of shoes that are what the top F1 drivers are using.  They weigh, get this, 8 grams.  For those of you that don’t know, there are 28 grams in an once.  These are incredibly light. 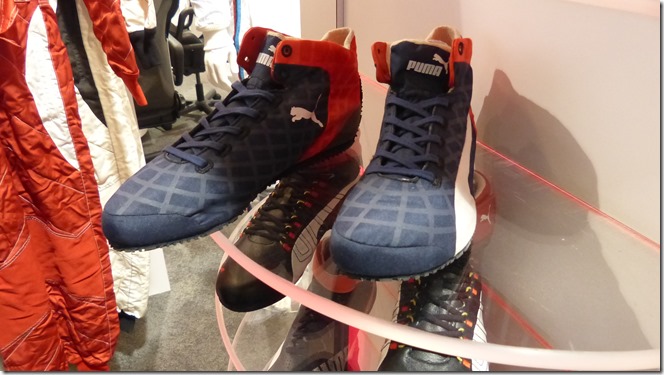 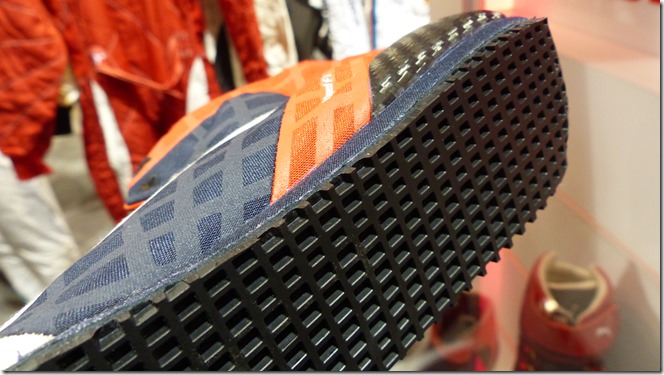 It was hard to believe until I picked them up myself.  So why does this make a difference?  Like unsprung weight carried by a suspension, light weight means quicker movement and less inertia to over come.  Plus, less weight in an F1 driver’s foot means another component can be a little heavier and stronger. Amazing. 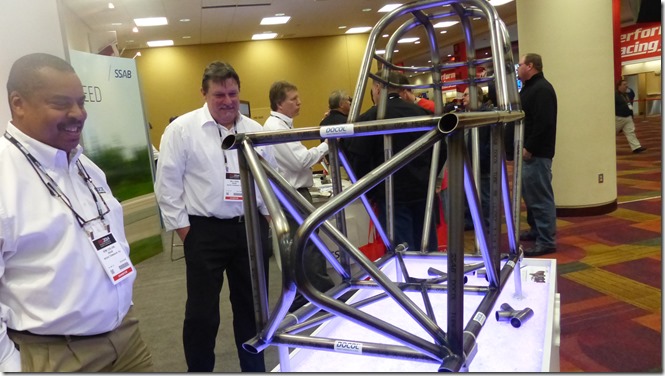 DOCOL is a high strength steel tubing with many advantages over even chrome moly tubing, which used to be the “gold standard” of roll cage material.  DOCOL is stronger, and can be just as safe in thinner wall configurations than standard steel tubing.  It welds better and is of far more consistent thickness.  While it is making inroads in the drag racing arena, it still has to overcome the resistance to change in other racing organizations.  While chrome moly tubing is lighter than standard seamless steel tubing, it also requires heat treatment post welding in order to stress relieve the welds.  This step is not required nor necessary with DOCOL.  When subjected to stress such as compression at the welds it doesn’t crack like chrome moly.  This is the future folks. 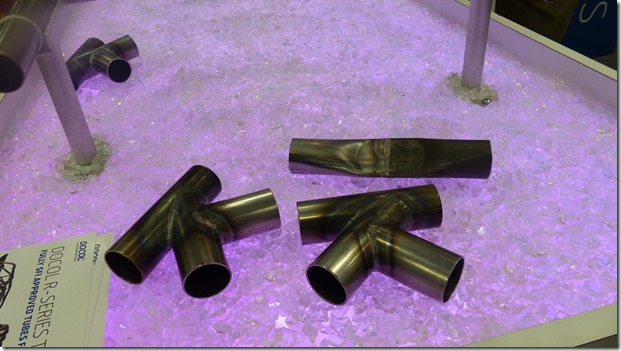 Do we need another octane booster? This product started out in order to fill a need in high speed motorboat racing.  Its safe for catalytic converters and contains no alcohols.  A quart in 30 gallons provides 95 octane level, and 5:1 ratio provides 110 octane.  Wow.

So who needs this?  Obviously racers and maybe some folks west of the Mississippi that cannot get 93 octane gasoline at the pump, but so do countries like China.  Their demands for gasoline have meant that they have gone from adequate gasoline to poor and so there is a high demand for this product over there.  A container load at a time in fact. 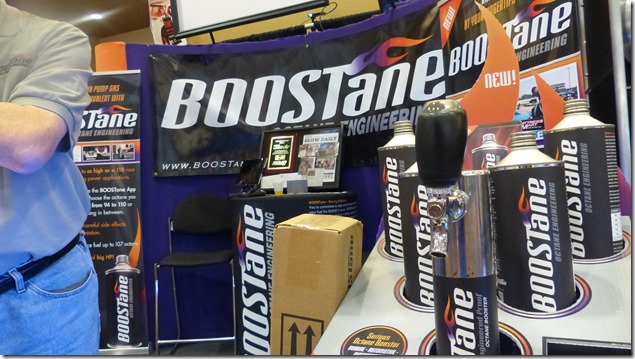 What the heck is a Zenos and what do I want one for.  It’s a track car.  Maybe this is what we need now.  Developed in the UK and with left-hand drive versions being made for our market it could be a cheap, high performance track car, that in some states, you could license for the road and drive to the track. 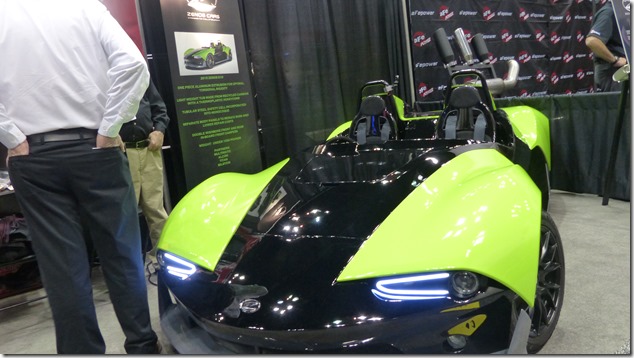 This prototype is right-hand drive but shows off many of the features such as fenders that will act as sacrificial body panels if damaged and be simple to replace. 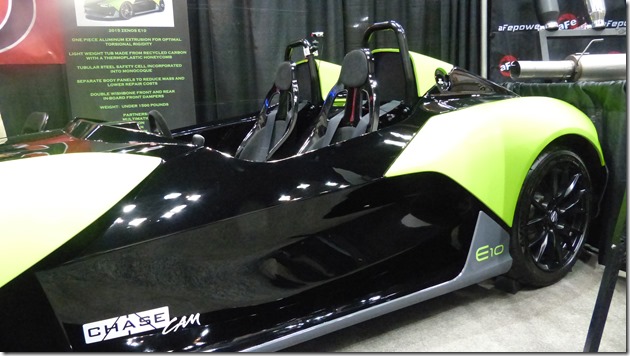 Still in development, but promising.

I sat next to John Causevic at breakfast and discovered the kind of guy that every restorer is looking for.  He not only polishes components for restorers and custom show cars, but he restores stainless steel and other trim pieces for classic cars.  The kind of damaged trim pieces that appear hopeless he looks at and unbends them, restores them to the factory profile and polishes them to better than new condition. 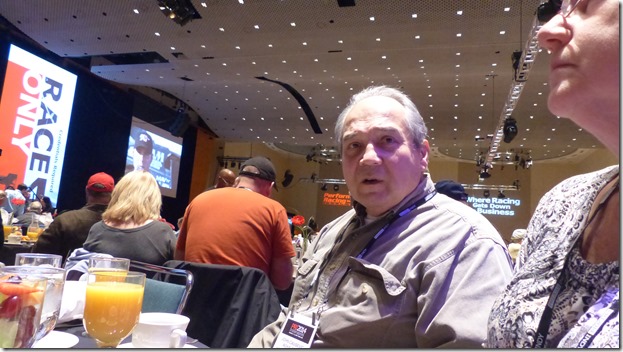 John’s style says a lot to his work ethic, too.  When a piece is sent to him to be restored or to be polished he treats it as his own.  He even explains to the customer that when they send it to him he now becomes the owner and when he is done he then gives it to them.  What he means is that he treats the piece as if it was his.  He actually takes on the attitude that as it was his own property he will do the finest job possible, better than if he was just doing something to someone else’s property.  He takes ownership.

That’s it from my explorations.  There are probably more gems out there.