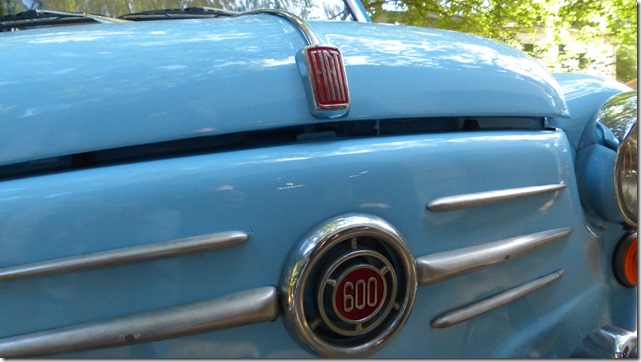 The other day I made the acquaintance of Giancarlo and had the pleasure of seeing his beautifully restored Fiat 600.  Now you may be more familiar with the Fiat 500 of yore, or you may be thinking of today’s Fiat 500. 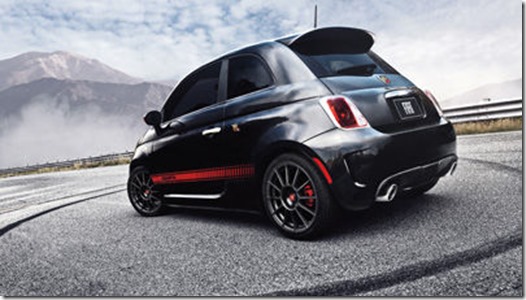 The Fiat 600 was a big brother to the Fiat 500 of the 1950’s and 1960’s, and it was full of much more in the way of upgrades.  Its engine was not only larger (633 to 767cc inline four cylinder) but unlike the Fiat 500, it was water cooled.  It had four wheel hydraulic drum brakes and the early ones had suicide doors.  The front suspension was a single double-mounted leaf spring that acted as a stabilizer as well.  The rear suspension was coil-over springs and shocks with trailing arms. 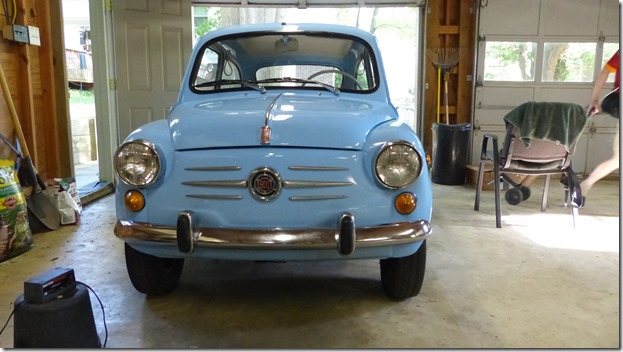 Giancarlo’s was in a powder blue with a white interior with light blue piping. 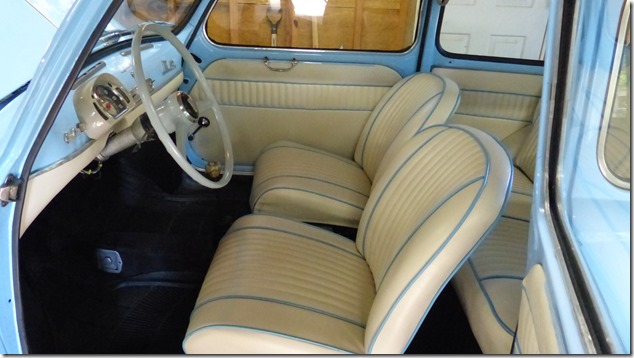 The interior was spotless and looked very period correct. 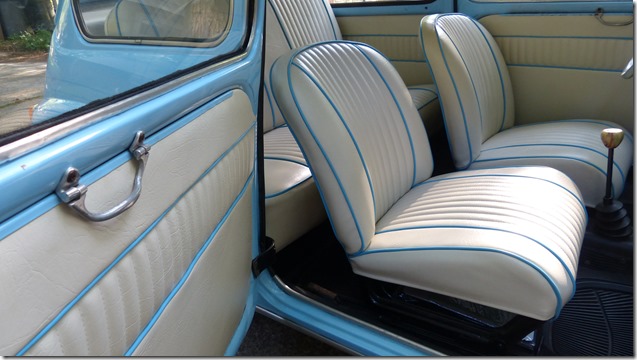 The suicide doors were far more fun than the regular doors that were used in later models. 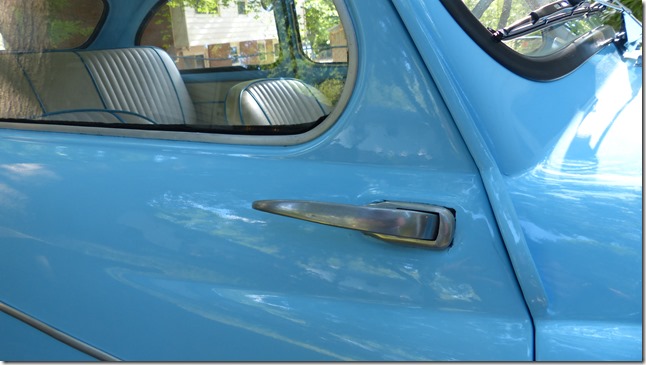 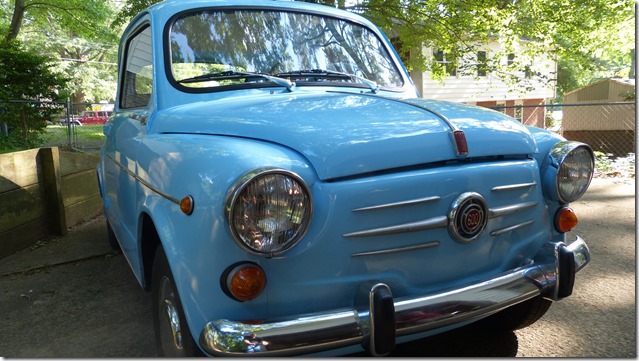 Giancarlo had the engine rebuilt and bored out to nearly 800cc. 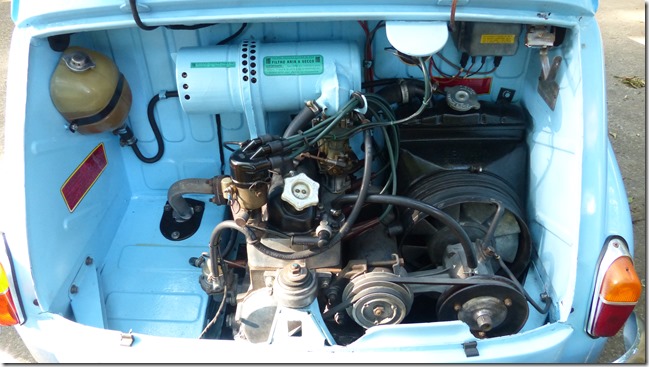 Even the gas tank was restored. 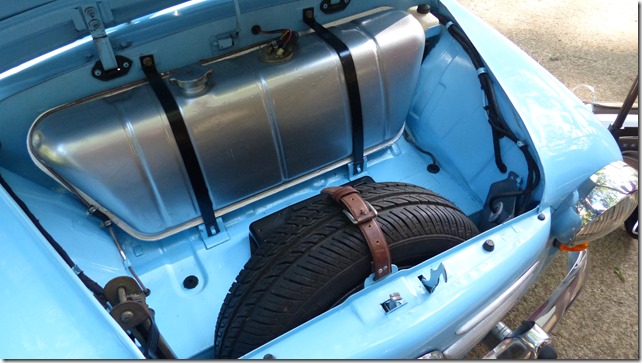 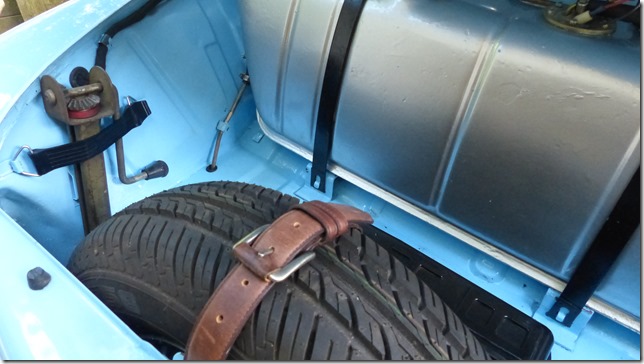 The front boot was set off by the leather belt keeping the spare tire in place. 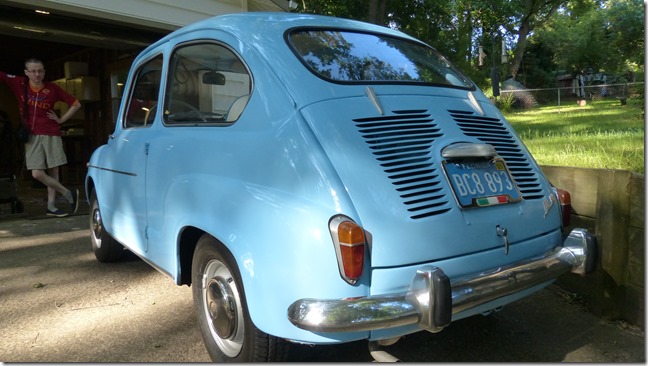 Giancarlo was rightfully proud of his collector car. 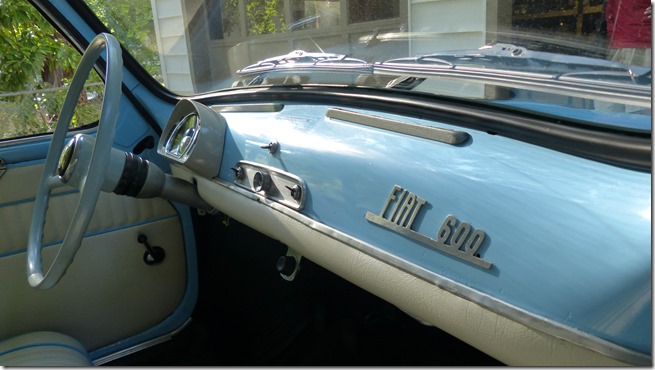 He has taken it out on the road, but you must be patient as 800cc still has a challenge going up hill and keeping up with Interstate traffic. 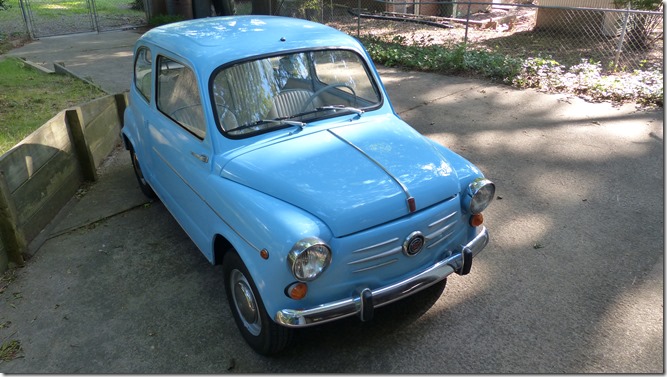 But around town it garners stares galore.  In the mean time Giancarlo is working to complete the work on the restoration of a Fiat 124!  More on that in later posts.