In South Bend, Indiana, is the museum that pays tribute to the brand of Studebaker cars.

The Studebaker automobiles were around when I was a young lad.  I remember them as the sponsor of a TV show called Mr. Ed.  The show was about a talking horse.  Go figure.

This Conestoga wagon was built by Studebaker in 1835.

In any case the Studebaker name has been around long before cars.  They were known for their wagons and horse drawn hearses.  When they finally did start building horseless carriages, they were electric.  That’s correct, electric cars at the turn of the century. 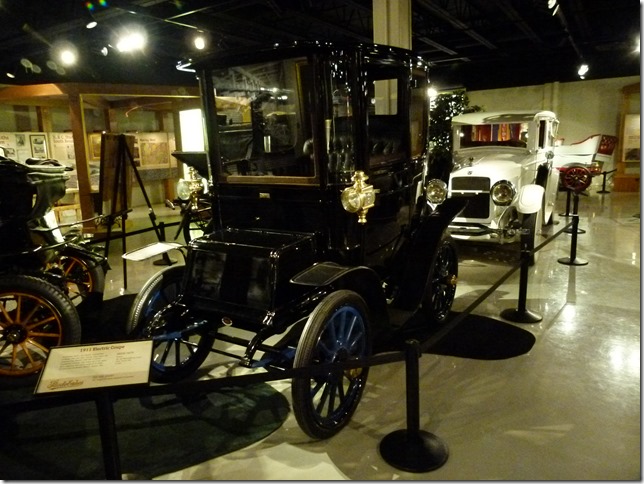 In fact in the earliest days electric cars were very popular.  Up to half the cars sold were electric at one point.  Why?  Well, they were quiet, didn’t give off foul odors, and you didn’t have to risk breaking your arm when you started the thing. 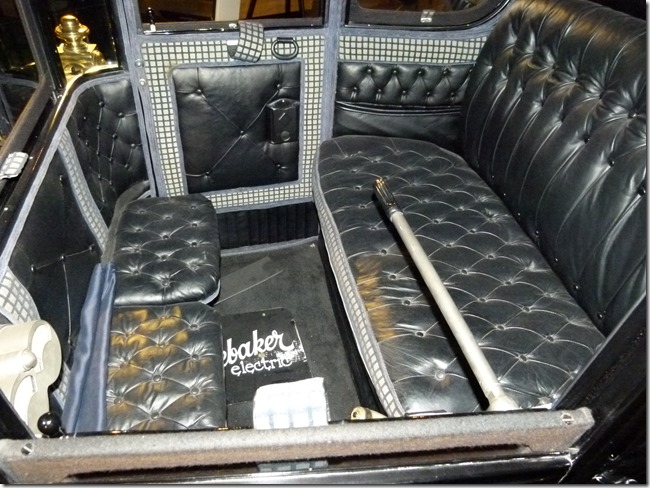 Until Cadillac invented and marketed a car with an electric starter all gasoline powered cars were started with a hand crank.  If done incorrectly the crank would whip around and whack your arm, breaking it in the process.

Of course electric cars did have some of the same limitations that they exhibit today, only more so.  Their speed was limited to about 20 miles and hour, but most gasoline cars were also limited in speed in the beginning.  The range, on a good day was about 70 miles, but all that was not bad for city driving.  The batteries to power and electric Studebaker car weighed in at almost a thousand pound, though.

So they started making gasoline engine powered versions about 1904 and by 1911 they made their last electric car. 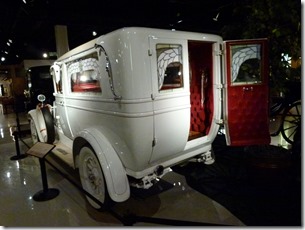 The above car was a hearse for a deceased child and was used only once before it was turned into a flower delivery van.

In 1932 and 1933 they had a model called the President and campaigned at the Indianapolis Motor Speedway.  Here are two versions of the President from that time. 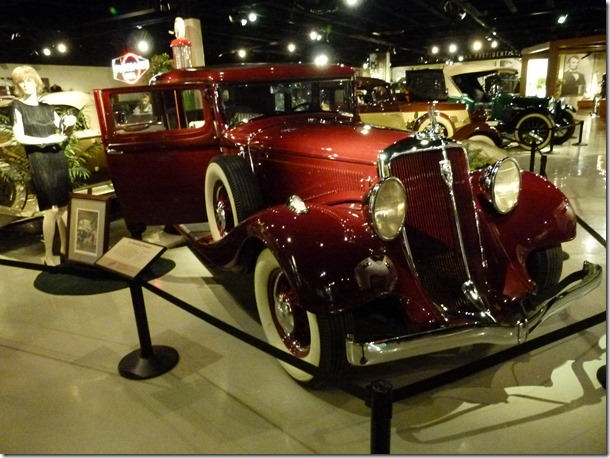 Just before the Great Depression Studebaker participated several contests and as a consequence set records:

In those days if you could sustain an average speed in excess of sixty miles an hour that was really something – hence the term “going like sixty” – which no one uses any longer.

There were many more examples of horseless carriages as well as horse-drawn vehicles in this section:

I moved up to the second floor where they had their cars from the era of Studebaker that I remember best.

Well maybe not this one, but it is a beauty.

Here is a 1964 Pursuit Marshal that was developed using the high performance engine out of the Avanti.  South bend tried out at least four of these.  You can see the level of technology in the green spotlight thing hanging out the window was the speed radar unit of the day. 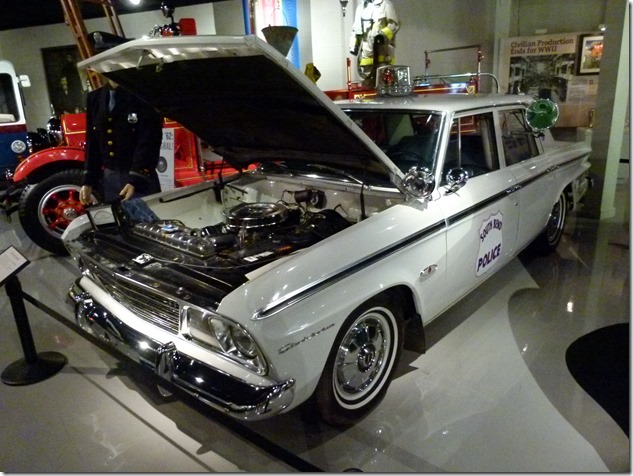 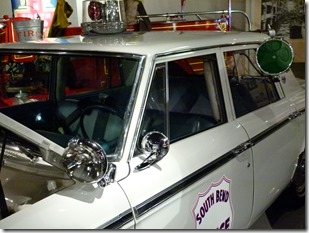 This is the last Studebaker.  It rolled off the production line on March 17, 1966.

Studebaker tried to capture the hearts and minds of the American automobile driver with the Avanti.  When it came out it was so futuristic looking.  It looked very good.  The body was fiberglass and it had a powerful engine. 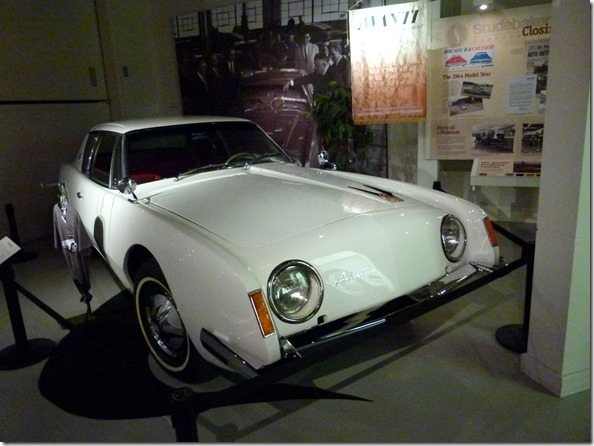 There were versions they used to set records with:

There were the Studebaker Hawk series of cars: 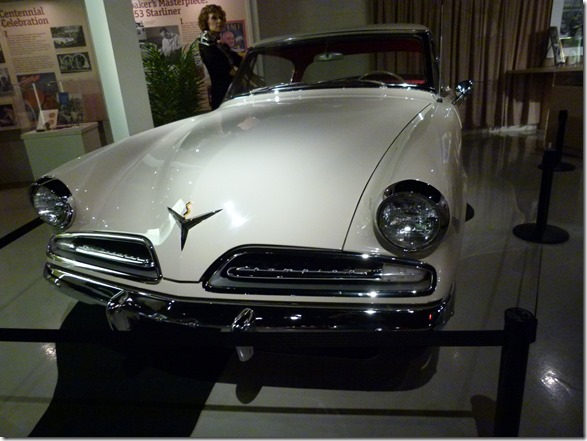 Packard was part of Studebaker and they were also desperate to remain viable: 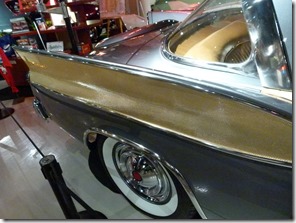 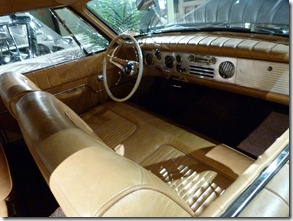 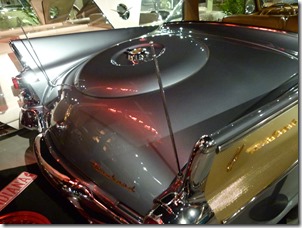 There were woodie wagons: 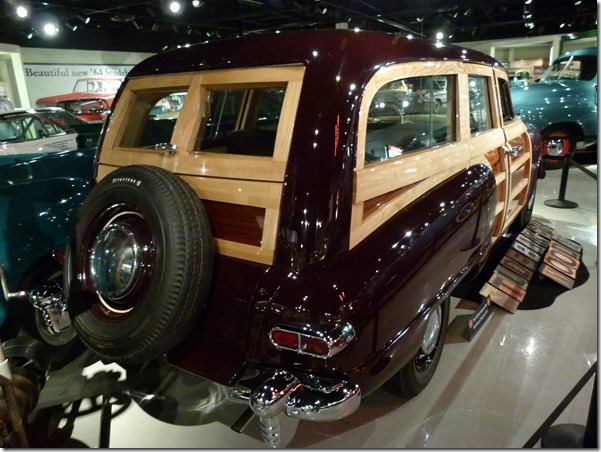 And cars that were ahead of their time: 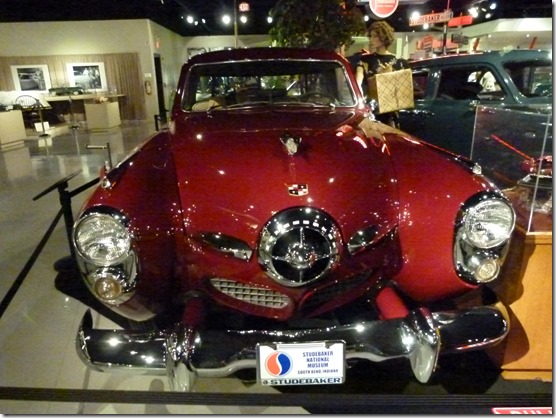 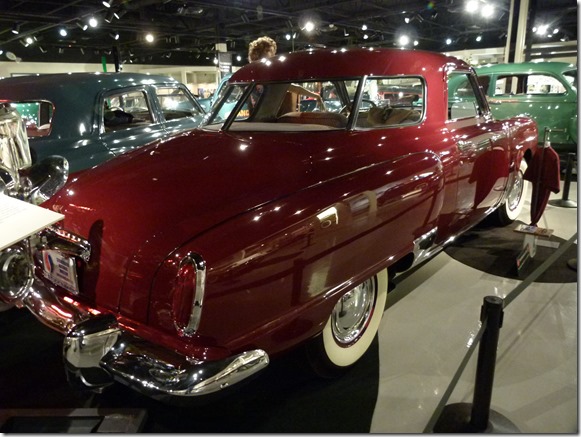 It was time to go down to the basement where many more cars were kept.  Some of these were military vehicles and prototypes.

In WWII Studebaker designed and built the Weasel.  An all-terrain vehicle and some models were amphibious. 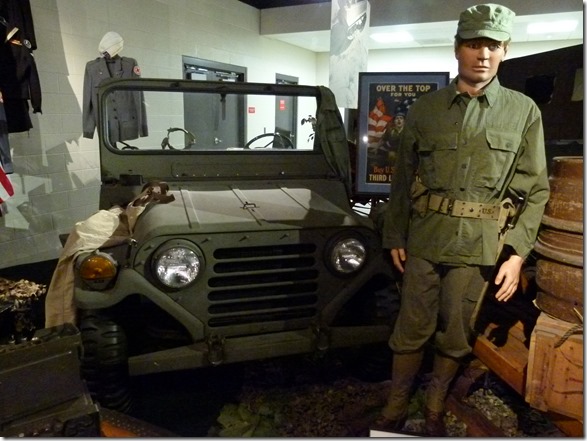 This is a 1992 M825 Jeep.  This was the last Jeep built by AMG out of what was once the Studebaker truck plant in South Bend.

AMG later came up with the Hummer: 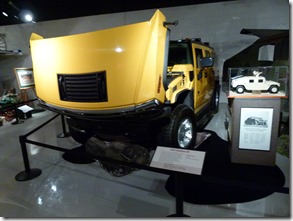 There were some prototypes that were pretty interesting, too.  Here is a front cab pickup truck:

And since the 1960’s were all about the space race, here was a fantasy car for the future that seemed just around the corner:

There was a lot more to see, of course.  This museum is a fantastic tribute to the Studebaker brand and the city of South Bend, where it all happened. 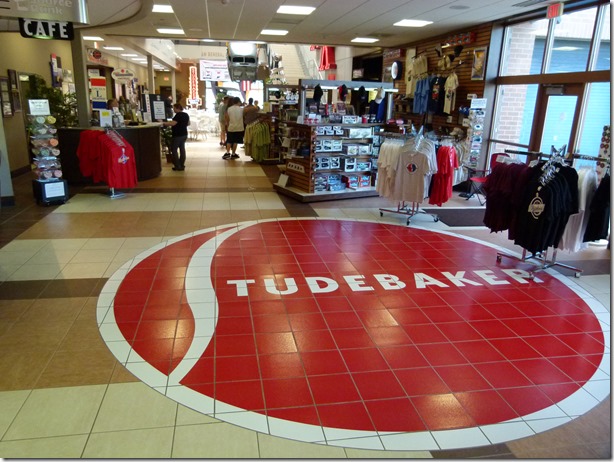 1 Response to Studebaker–this one’s for Karl