There is no automotive museum quite like it.  The Petersen publishing company’s legacy and homage to California automotive history and culture.

I had the good fortune to have an entre to this gem of a museum by none other than Steven E. Young.  He has spent many years as the chairman of the Petersen Foundation and his efforts have ensured that this museum remains the most significant automotive museum in the US and probably the world.

I remember growing up reading Hot Rod magazine and others published by the Peterson company.  California was the birthplace of hot rodding that began right after World War II.  The companies that produced all the much desired parts to modify your car in the 1950’s and 1960’s all seemed to come from California. 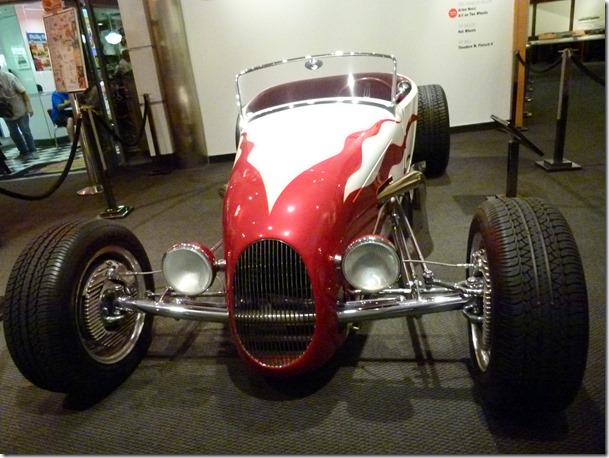 From speed records on the salt flats to the birth of organized drag racing and on to road racing – California led the way.  Much of that momentum made its way to Detroit where in the mid-1960’s the muscle car era was born with the 1964 Pontiac GTO.

While I was waiting to enter the museum from their parking garage, a roll-back pulled up with a red classic Mercedes 300SL.  The gull-winged beauty that went from race car to an exotic street car to become a cherished collector’s car of today. 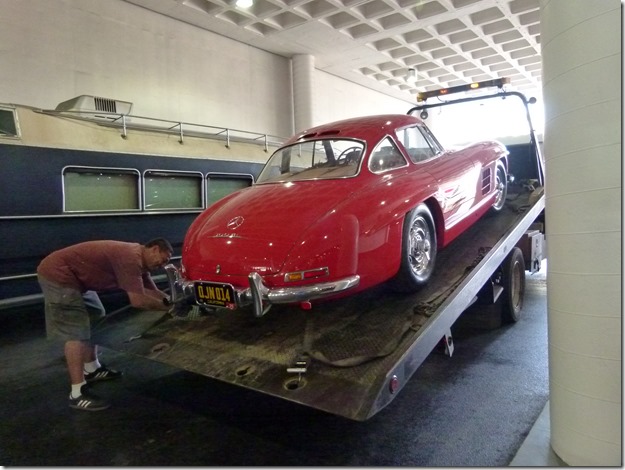 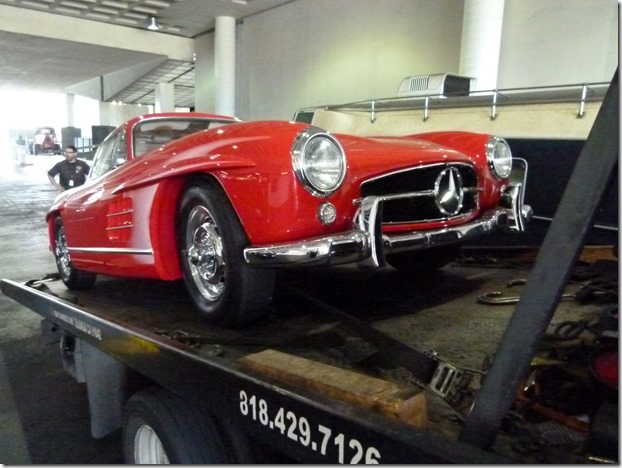 With great care it was off-loaded and taken to the underground storage area known as “the Vault”.  Keep in mind that this facility has a footprint of an entire city block and that kind of space provides ample storage for its rotating displays and focus exhibits. 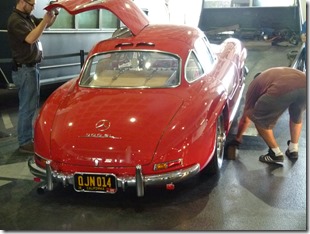 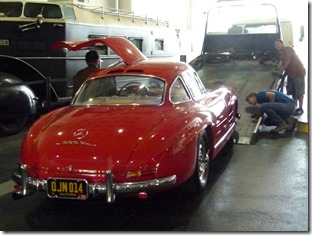 Steven arrived and we took the Vault Tour together.  A docent took our group through pieces in the Peterson collection that few people have the opportunity to see.  It was a fascinating walk through automotive history with early cars, celebrity cars, and many winners of America’s Most Beautiful Roaster trophy (AMBR).  No photographs are allowed, but anyone taking this special tour walks away with some pretty special memories.

After that we took a break and enjoyed the Johnny Rocket’s restaurant right inside the museum.  What a great place to have in a car museum.  It was full of people enjoying good food and a fun atmosphere.

The rest of my time was spent exploring the exhibits on the first and second floors. 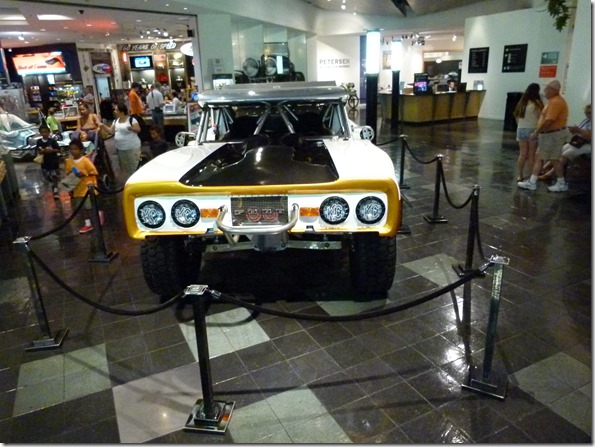 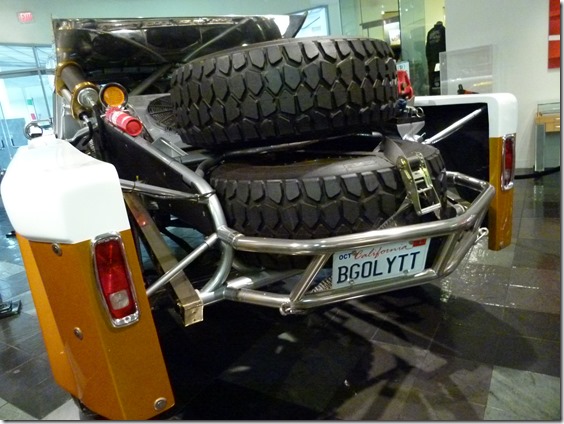 At the entrance was this homage to Parnelli Jones and the Ford Bronco he used to race.  This car is BIG.  It is street legal and very impressive. 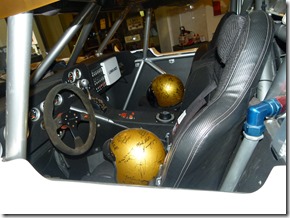 Just inside the gift shop is on of Big Daddy Roth’s creations.  I was always blown away with the creative genius of Ed Roth.  He allowed form and function to coalesce into some amazing cars. 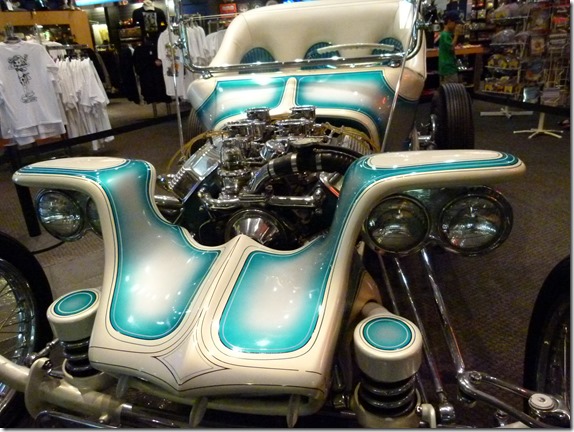 On the first floor were some great examples of the early days of hot rodding and how the custom car industry developed from making changes to accommodate the needs of race competition to some exceptional styling creations. 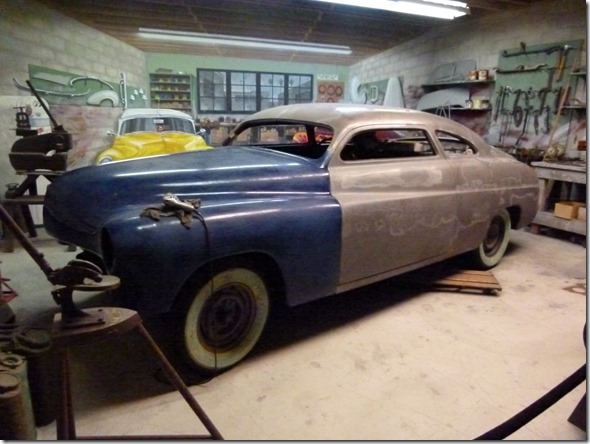 Chopping, channeling, sectioning, Frenching headlights, were all terms synonymous with the custom car era where stock bodies were manipulated to create body lines that moved your soul. 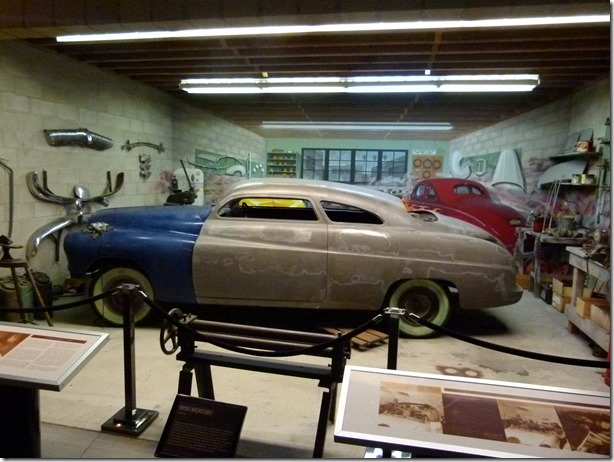 Up a floor was a special exhibit – a focus exhibition on the pickup truck.  What could be more appropriate for America.  The pickup truck is one of the best selling vehicles in the US and has been around, in various forms, for decades. 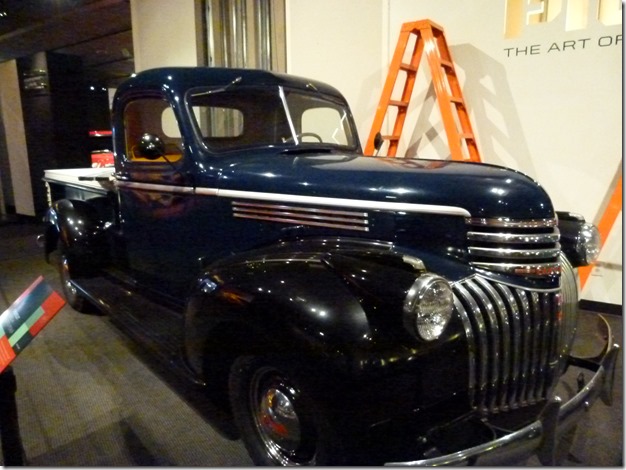 Here is the Jeep in a cab-over design. 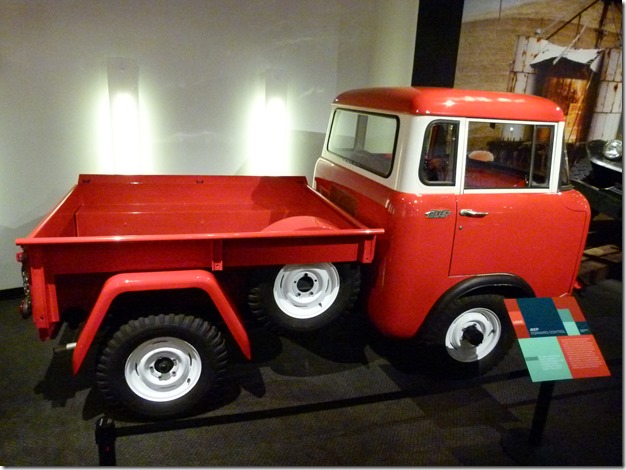 And the Dodge Power Wagon with a twist. 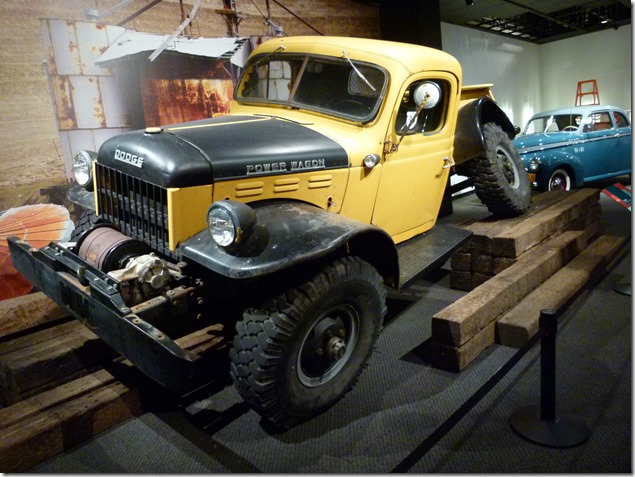 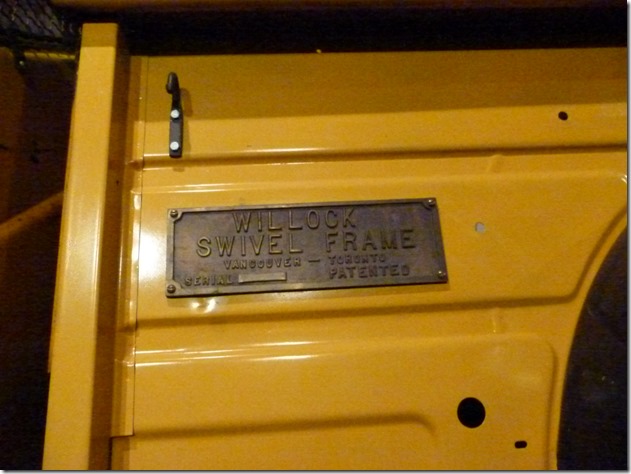 Even Crosley, the radio manufacturer got into the act. 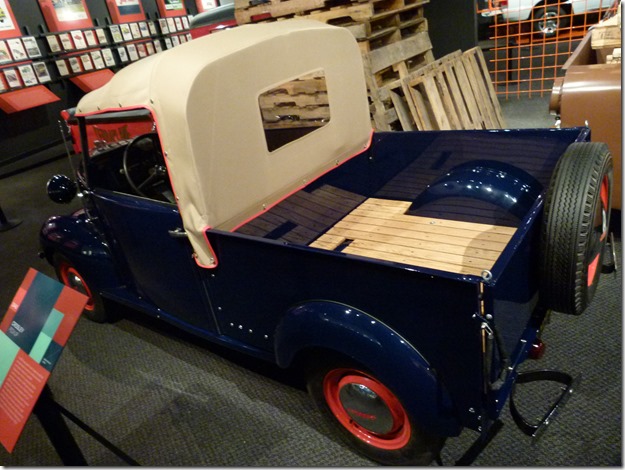 VW had its version of a pickup truck, too. 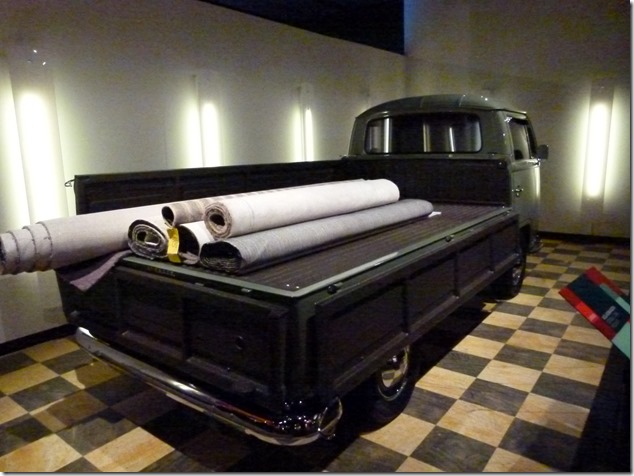 This is just a small taste of what awaits your visit to the Peterson.  Brave the Los Angeles traffic and make your way to an experience that will last a lifetime. 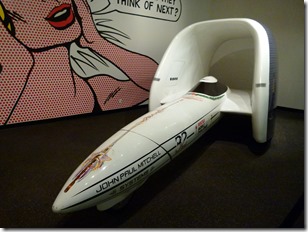 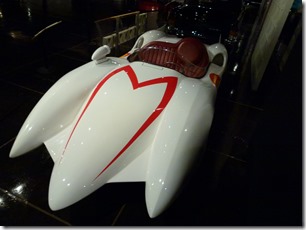 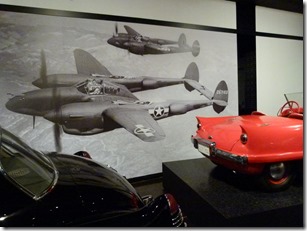 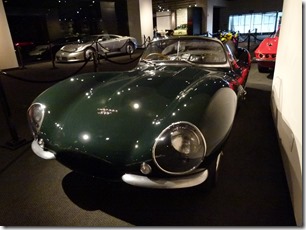 5 Responses to The Petersen