While it has been frustrating to discover how many of the car museums that I had researched on the Web were no longer in operation I had the help of my friend Dan to get to San Marcos and the one known as Dick’s Classic Garage.

Dan and I had met at a couple of Autoweek’s Fantasy Camp weekends in Dearborn, Michigan.  In 2012 we partnered up on the test drives on the ford proving ground test track.

Dan was nice enough to invite me to stay in the Dallas area with his wife in their beautiful home.  He also volunteered to accompany me on a road trip to Dick’s Classic Garage and back.

It was fun to have the company and we were able to catch up on a lot of things during the four hour drive south of Austin.

Finally we reached the museum: 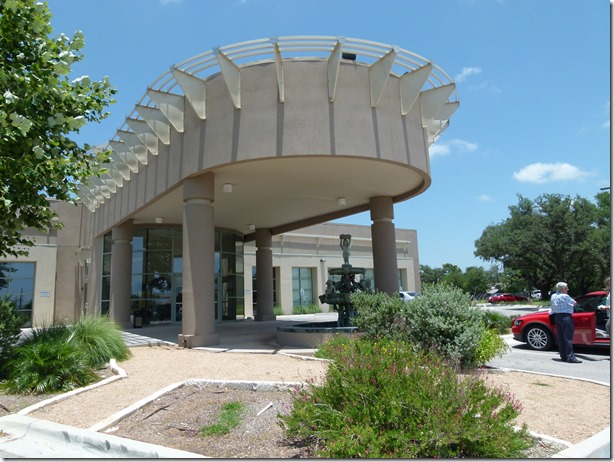 The layout of the displays was particularly effective.  When you bought your ticket you had a chance to view three representative classics: 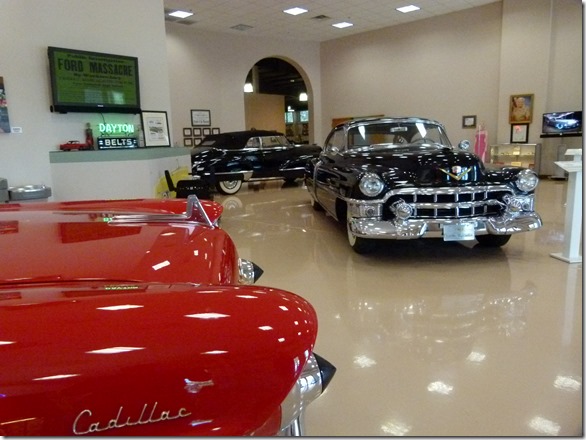 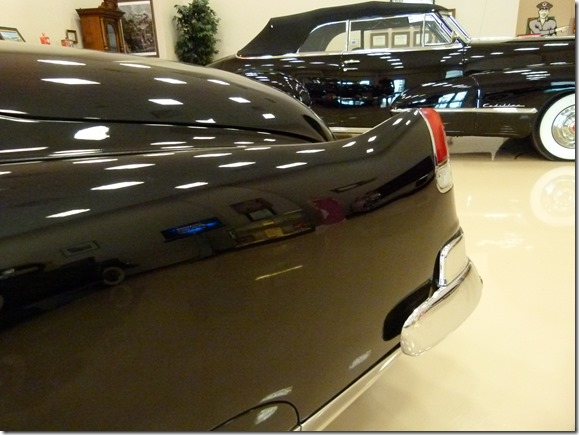 After that you entered the pre-Great Depression era and had a chance to see the cars in the context of their contemporaries. 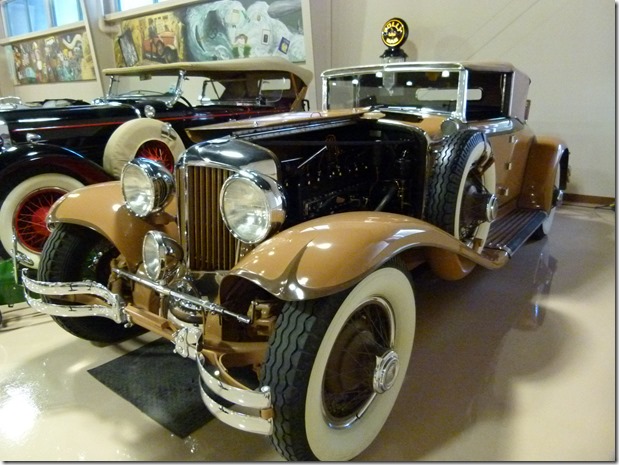 The time just prior to the stock market crash of ‘29 was an opulent one, judging by the high end cars in the display. 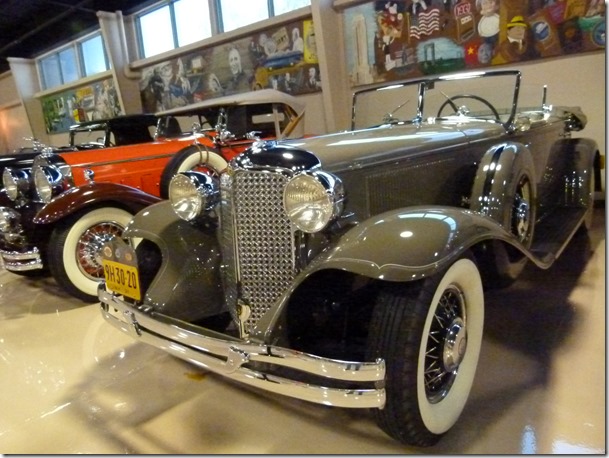 Even a couple of years into the Depression they still retained their previous style.

There were Chryslers and Cadillacs, as well as Auburns and Marmons.

There was a beautiful Packard DeLuxe “woodie” station wagon.

Then there were the pre-war cars of the late 1930’s and even as late as 1940.  Now cars were fully enclosed and still managed a grand style.  The Ford model B was one of the more affordable cars. 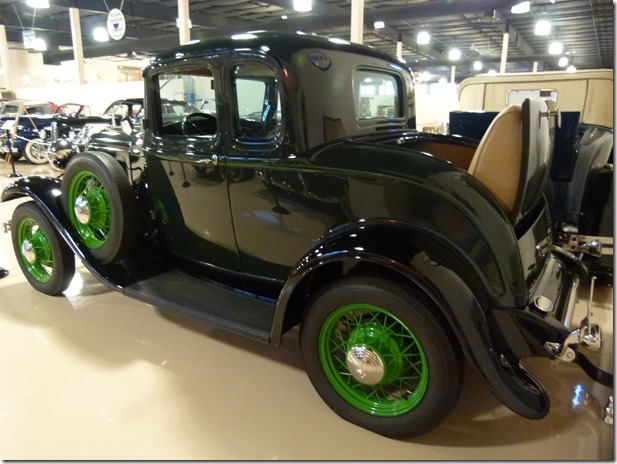 Then there was the LaSalle, Oldsmobile, and the Hudson Terraplane pickup truck. 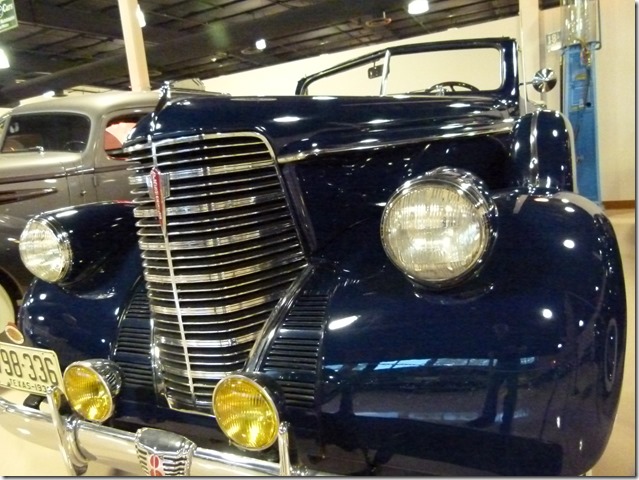 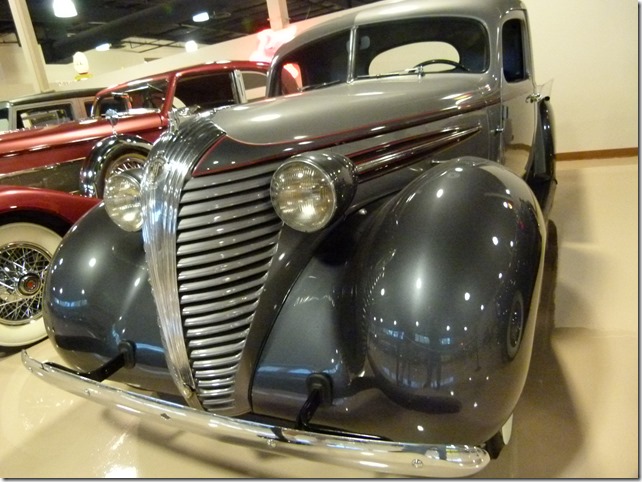 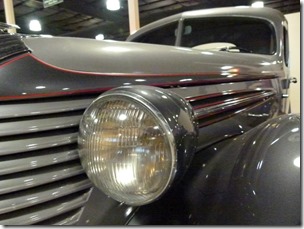 With the post-war years came a stuttering start as plants converted from war-time weapons production and returned to making cars.  At first they were make-overs of the pre-war models.

And then the competition started and styling and innovation started to take off.  One of the most extreme examples was the ill-fated Tucker.  Way ahead of its time with a rear engine and many features that provided safety and comfort well beyond what the “Big Three” were offering.  Unfortunately it was not to be.

While the Tucker was either torpedoed or fell on its face the rest of the brands worked to stay in business. 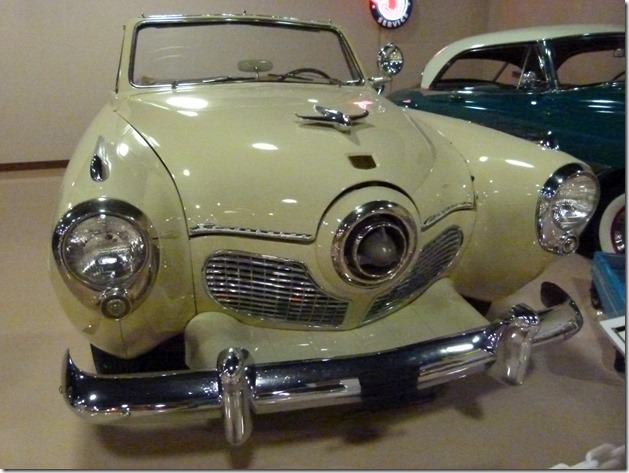 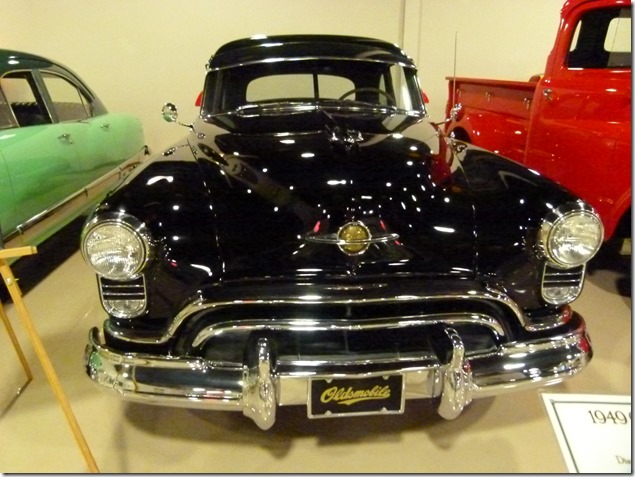 Many brands such as Willys, Hudson, DeSoto, Rambler, Packard, Studebaker, Nash, and Kaiser; would continue to struggle. They would take great risks with design and often would consolidate into new partnerships. 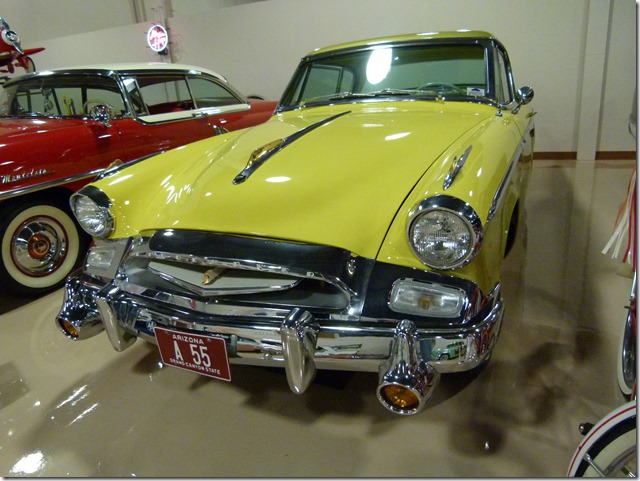 Many of the brands represented are no longer part of the automobile business and car design has never stayed still.  Much of it today is dictated by safety requirements as well as leaps forward in engineering.

It is important for places like this to exist so that new designers can learn from the history of the automobile and so that people new to cars can have a perspective on where it all came from and how it got to where it is.

Dick’s has found an effective way to show how car design has changed through the years.  Hopefully it will remain as a resource for many years to come.