The folks at CM Autowerkz did a great job getting the car in shape for delivery to me and I enjoyed the drive back home in it.  Typical of the police version of the Crown Vic it sits almost an inch higher than the civilian version.  They do this because in service use these cars have to contend with a bit of off road use and not always the best streets in town.

The car had an interesting handling character right out of the box.  Even at 60,000 miles the shocks did an excellent job, which is not typical of the civilian versions.  The spring rates gave a ride that was compliant enough to negotiate pot holes and street humps without upsetting the car and yet also gave the driver a feeling that things were under control.

Naturally I looked around for some modifications that would enhance this big car’s capabilities in the handling department.  This is where the folks at ADTR came in.  They specialize in all kinds of enhancements for the Crown Vic/Mercury cars.  In particular they have a nice selection of suspension modifications that the P71 community has endorsed.  I worked directly with Chris at ADTR and picked out several items.

First on my list were springs that would restore the ride height to something close to a regular Crown Vic.  The police car package is noticeably high from the driver’s point of view and ADTR has a set of springs that bring the ride down an inch and provide a higher rate.

Since the springs were coming off shock absorbers were next on the list.  As I said earlier, the ones that came on the car operated very well for their age, but it didn’t make sense not to replace them if the springs were being switched out in any case.

Then there were some ADDCO sway bars (aka: roll bars) to add to the mix.  They would increase the resistance to side-to-side weight transfer and flatten out the cornering in addition to the higher spring rates.

Then there were the stamped control arms that while efficient and economical, were never going to provide the control and predictability that billet aluminum arms from Heinous would provide.

With all the parts ready and waiting, Tim and I spent most of Saturday pulling things apart and putting them back with the improvements in place.

First came the control arms and here you can see the difference in the construction of the pieces, stock vs. new:

The shorter of the two arms is the upper arm. 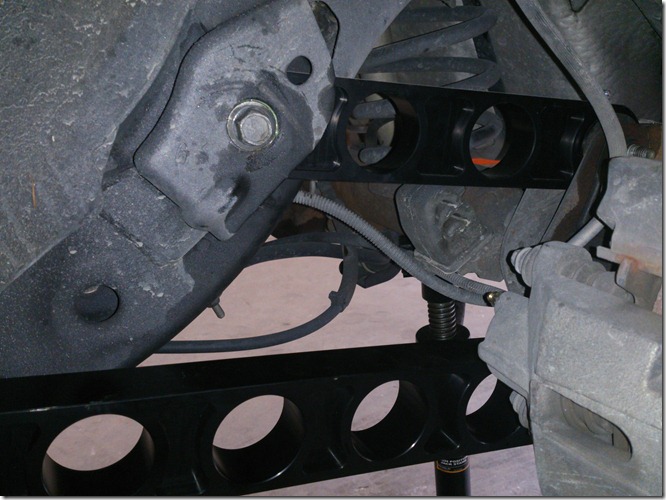 From there the Watts links were removed: 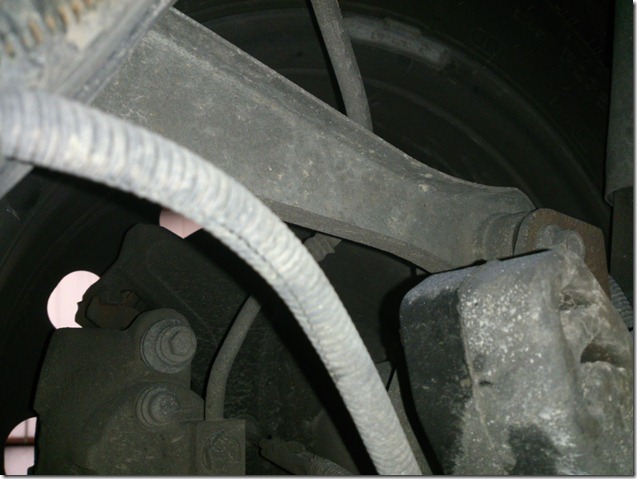 The photo above shows the difference between stamped pieces and one carved out of billet aluminum. 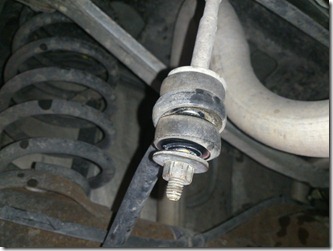 The sway bars were also removed and then the axle was pried down to swap out the rear springs.

The height doesn’t look that different until the car is set down on the new spring and then the car sits about an inch lower.

The front springs are installed over the shock body.

This is the front sway bar with new bushings and clamps.  Also notice that it comes with collars to keep the bar from sliding left and right under load.

So with everything installed I headed over to Performance Chassis for an alignment.  The stock settings were about half a degree of negative camber and now it was just over one degree negative.  I decided to leave the camber where it was and just make certain that the toe setting was in spec.  That should ensure that tire wear was not going to be an issue and time would tell if the front had too much grip with the extra negative camber.  I could always dial it back a bit. 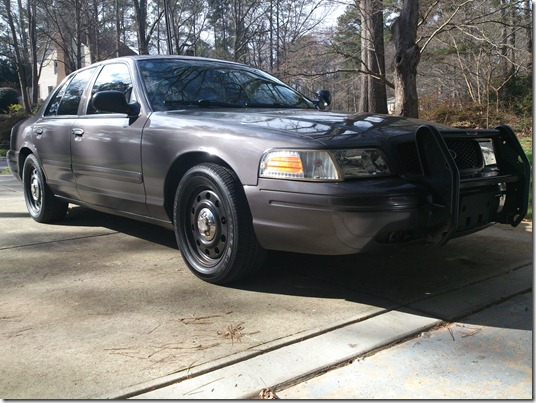 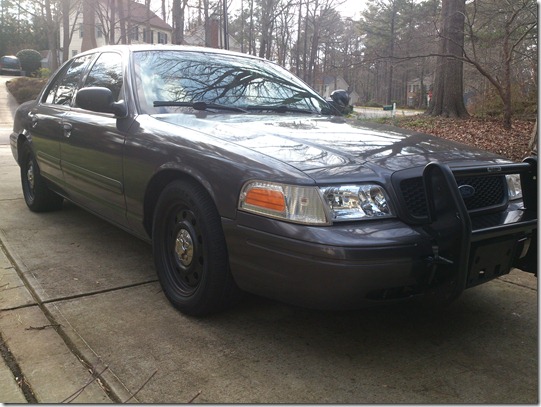 The top photo is the before and the bottom is after.  Not a huge difference, but it can be felt from the driver’s point of view.

The result is a flatter cornering vehicle with a little less compliance over bumps than the original police suspension provided.  Nothing that will detract from the road trip of America planned for later this year.