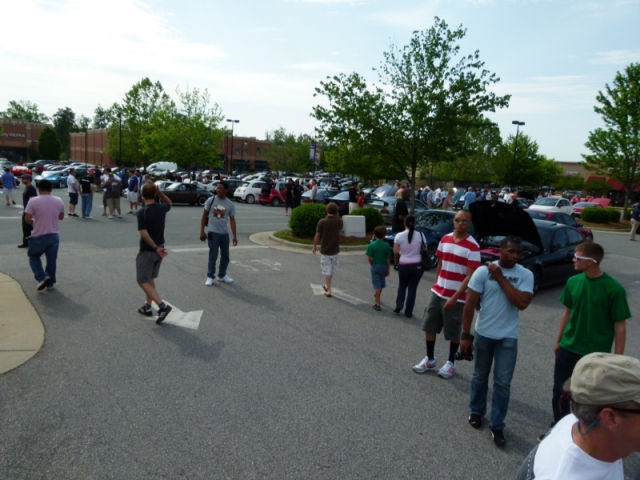 Cars and Coffee Raleigh in May 2012

It’s the first Saturday of the month and that means this morning was Cars & Coffee in Raleigh, NC.  Its amazing what vehicles decide to come out for this informal car show where no one gets a trophy.

It was over eighty degrees by mid-morning, but that didn’t put off anyone.  The place (Briar Creek) was packed with cars, and car lovers.  Dozens of Porsches were there along with a pair of white Fiat 500 Abarth cars, fresh from the dealership. 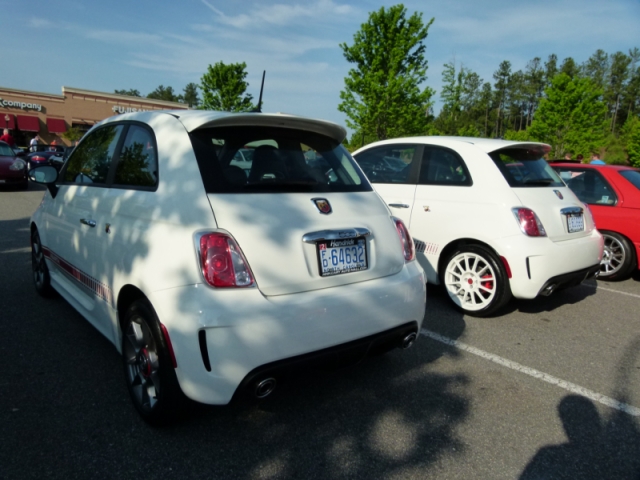 This pair of Fiat 500 Abarth cars were joined later by a black one.

I brought out my track Miata and even with all the exotics filling the parking lot it gathered people’s attention.  Several folks came over to ask questions about it.  Many of them were Miata owners, of course, but there were plenty of other car owners that were interested in the Miata.  It seems that the paint choice was a very good one as many folks commented on how unique it looked.

We were pleasantly surprised by the appearance of Dan Neil, Pulitzer prize-winning automotive journalist.  He was wandering around enjoying the show.  He also spent some time looking over the project Miata and was impressed with what he saw.

I managed to talk this future super model into sitting in the Track Miata and striking a pose.

Several acquaintances were at the show and it was nice to catch up with them and see what their latest modification was and, in some cases, what their new ride looked like.

One of the most notable vehicles to show was not dressed in a multi-thousand dollar paint job nor fancy wheels.  Yet, it turned out to be a rare and unique ride that many observers fell in love with immediately.

Even with a patina of light rust, it looked great.

It was a VW micro-bus from the 1960’s.  While it was not restored it still looked fantastic.  originally from Texas, it now resides in NC and was a joy to behold.

This version of the VW bus had windows everywhere.  Even round corner windows.

The interior really didn’t look that bad either.

This sticker brought a smile.  Hot VWs was a magazine from long ago that was a huge source of information to air-cooled bug fanatics, such as myself, back when the Internet didn’t exist.

There were some other interesting cars at the show, such as this Panoz Roadster. 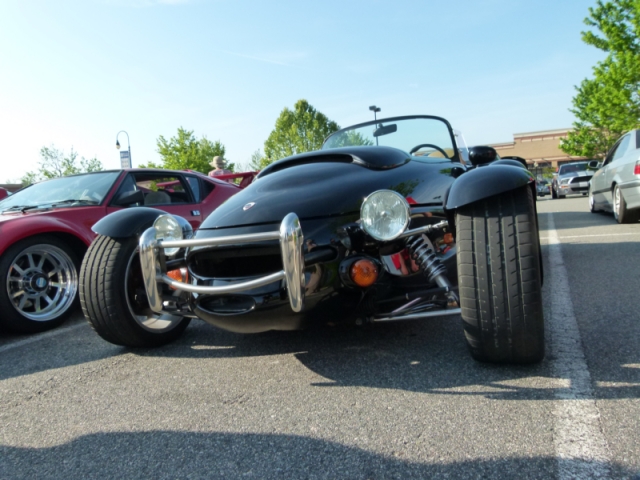 Here is a classic BMW M3 – the first iteration.

How can you ignore a jaguar XKE?

XKE with a straight six

Here are a few other great cars that were present.

Porsche in old and new