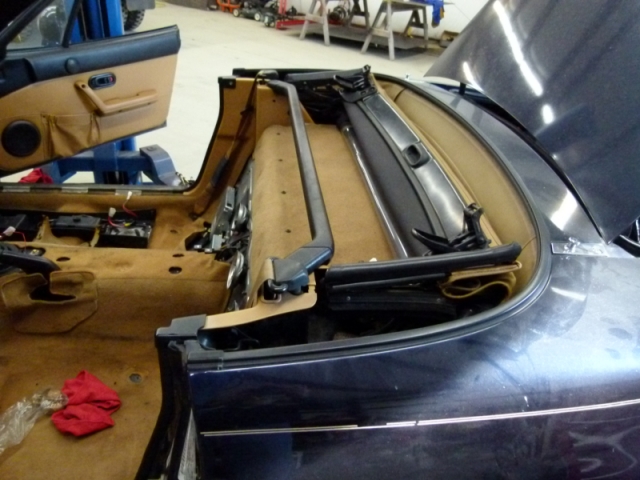 Before the roll bar

A couple of posts back we took a road trip to Bethania to visit the garage where Hard Dog roll bars are made and sold.  It was a fun trip and we hope to make it back again when the Miata track car is complete.  Now we have the project of installing their roll bar and door bar kit. 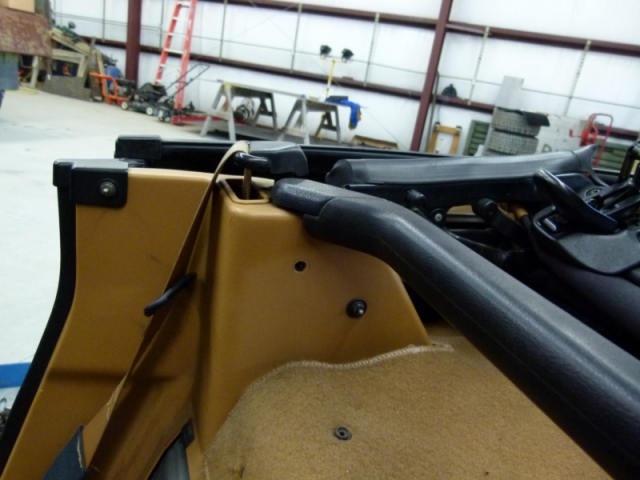 Many things to be removedCarpet, trim, and the top removed

First off we had to remove a lot of stuff.  Now, if this was a street car we would be careful to pull back the carpet and get the top and interior shelf pieces removed only temporarily.  But since this is a car that is being constructed for track duty we removed the carpeting completely and the top and shelf trim that was not going back in. 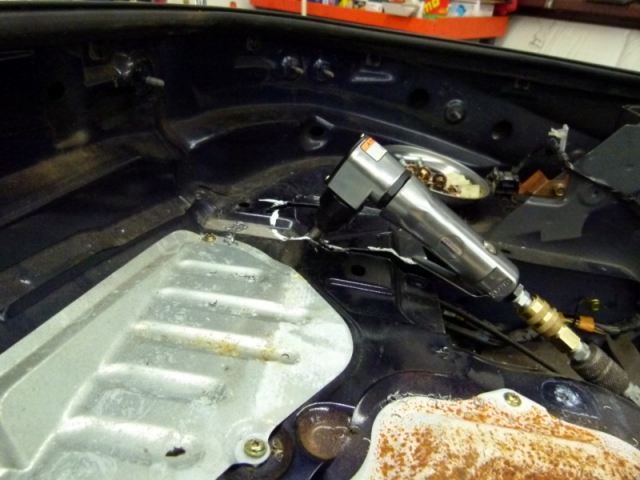 This air-powered nibbler tool was perfect for the sheet metal cutting.

Getting all that out of the way really simplified the process for us.  An air-powered “nibbler” tool was used to trim some of the sheet metal so that the back braces of the roll bar would fit.  We made the openings large so that we could get a drill bit in to the mounts without having to resort to an angle drill. 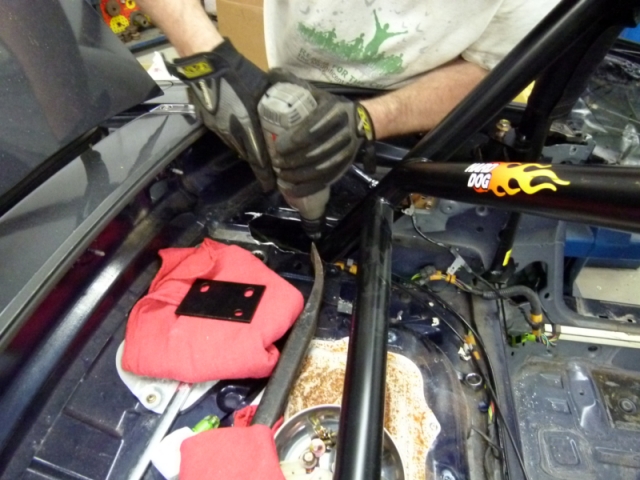 Getting the first hole drilled from the top. 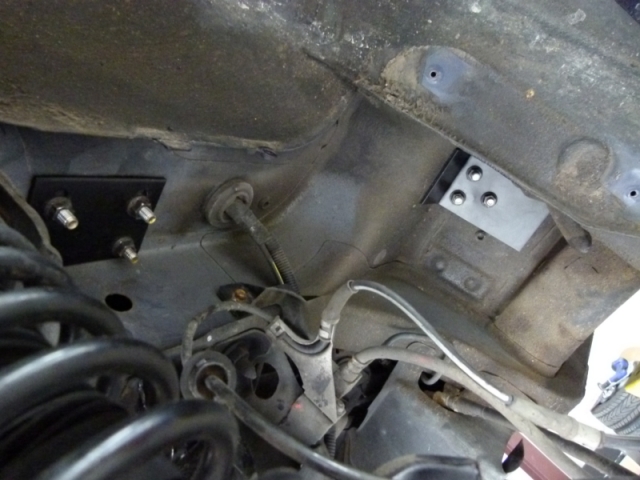 View of the backing plates from underneath the car

With the first hole done we could use the backing plates as a template for the other two holes and drill from underneath the car. 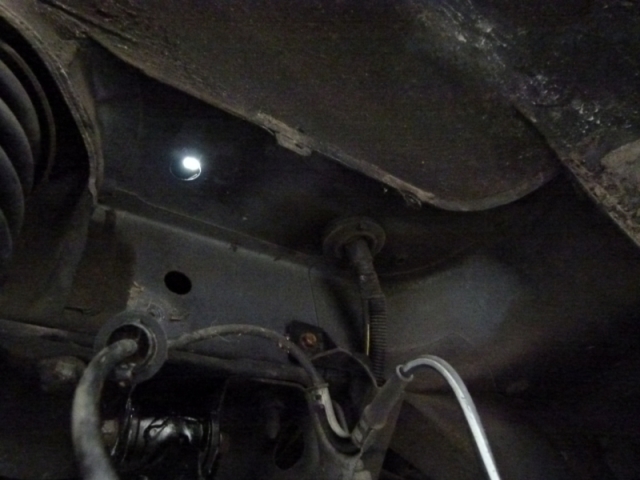 The open hole is where the ABS cable went - it will get a new hole.

Since this car has ABS the wiring had to be disconnected and a new hole made as the plates on the back braces went right over the original ABS hole.  The ECU also had to be removed and its bracket modified so that it would fit after the bottom bar plates were in place along with the door bars. 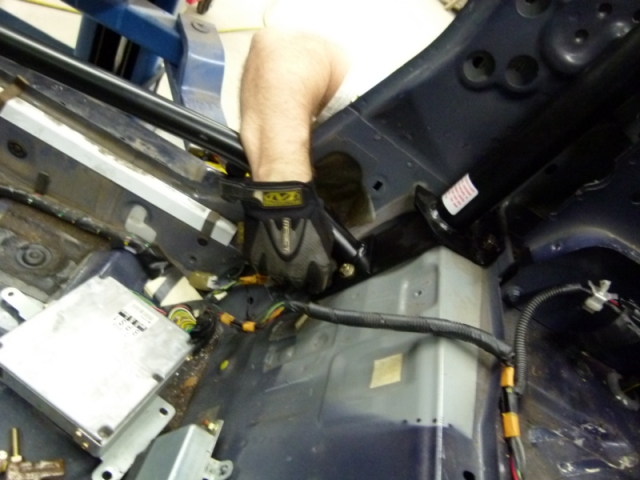 The ECU is removed while the main bar and door bars are bolted in place.

The Hard Dog bars went in just as described in their on-line directions.  The result is a package that not only provides safety, but also structural rigidity. 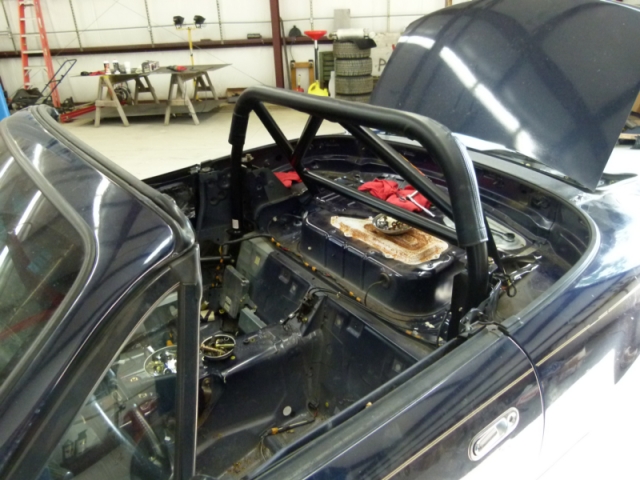