All American Forth of July

The All-American Shelby GT500 pulled into our shop late Friday afternoon.  We had been working with the owner to help him get the handling this car deserves.  It is a 2008 model and he has an honest 507 hp to the wheels.

Unfortunately Ford has not seen fit to provide a decent suspension to allow a Shelby owner the ability to put down that power in the corners.  We took the car out on a test drive and the whine of the supercharger was just beautiful.  The horsepower and torque was certainly there, but it was so annoying to watch that big hood rise in the air as the power came on.  Then, when it was time to stop, the nose wanted to bury itself in the tarmac.  Shades of the Bullitt Mustang.

We feel we have the solution that can really dial in these suspensions, but it is not cheap and this owner already had a lot invested in the car itself.  He also had a budget to deal with.  After much discussion we felt that changing out the springs and shocks would be a substantial improvement and that more could be done later.  In addition to the shocks and springs we knew that the drop in stance would require an adjustment to the pinion angle so we insisted on the Whiteline kit that would do just that.  We also urged him to replace the factory frame bracing above the panhard rod with a far more substantial brace from Whiteline.  The owner also picked up an adjustable panhard rod from Whiteline as well as a set of caster/camber plates.

While we prefer the Steeda Ultralite springs, the owner opted for a set from Ford Racing.  We also had him purchase a set of the Tokico Spec D shocks that work so well with the Bullitt Mustangs.

With all the parts on had and inventoried we started the project on Saturday morning.  Most of the work was done in the rear of the car and, like the Bullitt Mustangs the sub-woofer and amps had to be removed from the trunk so that the shocks could be changed out.  The trunk trim was removed and the tops of the shocks were unbolted, then the car was raised up so the rest of the work could proceed.

The Factory brace was removed and replaced and then the bottom of the shocks were taken off so that the new springs could be fitted.  The rear anti-sway bar would stay.

We like to upgrade the anti-roll bars and the rear in particular because the factory design is so vague that I doubt it has much useful function.  That was not in the budget yet.

The Whiteline brace and adjustable panhard rod were installed after the new Ford Racing  springs were in place.  The Whiteline upper control arm kit was also installed.  This required that the factory link and mounts had to be removed and the factory bushing was pressed out so that the Whiteline parts could be installed.

The Whiteline bushing has an eccentric that allows the pinion angle to be adjusted.  This is critical when the ride height has been altered.

With the rear end in place the work started on the front.  There the old struts were removed and the new struts, springs and camber plates were assembled and installed.  With all that done everything was checked and double checked.  This is not the time for loose fasteners.

The wheels were put back on and the lug nuts were torqued to specs.  It was time for the first test drive.

This is where we listen for any rattles or squeaks that were not there to begin with.  We also access how the road manners have changed.  After letting the car warm up and making sure that there were no unwanted noises from the suspension we put the suspension through some gentle tests.  First we wanted to see how the car now reacted to transitions in cornering.  Then we wanted to see how the car’s weight transfer handled acceleration and braking with the new pieces.

The car was more in tune with the road when cornering.  The springs’ higher rates added roll resistance.  Upon acceleration the nose didn’t try to reach for the sky and the rear end didn’t squat.  Braking was improved, but still needed some work.  We hoped that some time on the alignment rack would give us a chance to improve things.

We let the car sit over night so that it would have a chance to settle and then drove it up onto the alignment rack in the morning.  It was put up high on the flat alignment rack so that the pinion angle could be set to the proper static angle with the Whiteline kit and the bolts were tightened to hold it in place.  Then the car was lowered and the alignment targets were attached to each wheel.

Since it is a solid rear axle there was no opportunity to adjust the rear toe.  Fortunately the thrust angle was almost even without any adjustments.

The front we brought in about one degree negative camber and just under seven and a half degrees of caster.  We adjusted toe to zero to take care of adverse tire wear.  The Camber would provide more bite in cornering but is not as radical as you might set it up if you were to bring this car to the track.  Caster was set high so as to counteract the nose dive and also add more camber to the outside tire in a turn.

It was time for another test drive.  The car was warmed up and taken through some nice corners without traction control.  It was well behaved.  The nose still dove on braking, but it was certainly better than it had been and there was no squat to speak of.  We took it on some road with humps and still everything was nice and quiet.  No clunks, squeaks, or rattles.

By early morning we were able to present it to the customer and he was ready to take it on a five hour drive.  We shared our assessment with him and looked forward to his feedback. 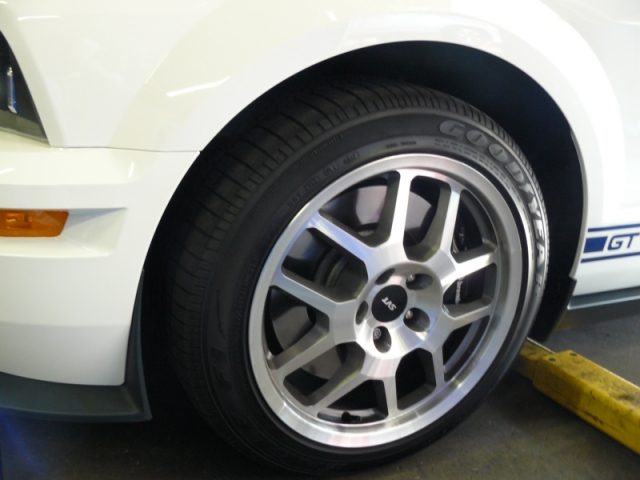 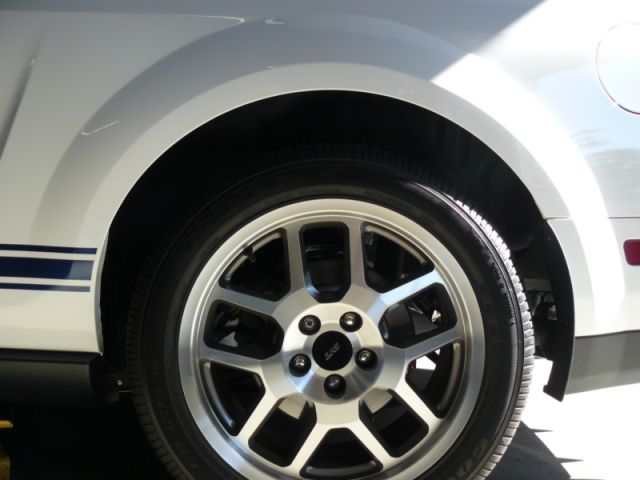 6 Responses to All American Forth of July