On the Road – Midland, TX 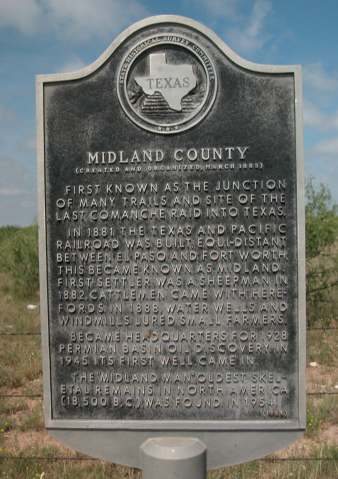 This town in Texas became Midland after the Texas Pacific Railroad situated itself midway between El Paso and Fort Worth.  It has some notable residents.

OK, the President and First Lady are from Midland.

Even more impressive is the fact that Jim Hall started Chaparral Cars in Midland.  When I was growing up Jim Hall became one of my heroes.  He was originally from New Mexico and was a graduate of Cal Tech.  He also got bit by the racing bug.  Lucky for him he was involved in racing during an era where the most creativity and engineering was applied.

While much of today’s racing has become spec racing where everyone drives pretty much the same car and rules prevent true creativity, that was not the environment of 1960 to 1970.  I don’t know if it was because of the emphasis on space technology or what, but ingenuity was a part of racing in ways that we rarely see any longer.

Jim Hall was one of the most creative at applying the science of engineering into finding creative ways to gain an advantage.  He really advanced the application of aerodynamics to car design.  The down-force created by his designs allowed cornering speeds to go up dramatically.

He was the first to use a large wing at the rear of a car.  His wing was movable so that he could minimize the drag on the straights and then maximize the down force on the corners.

Jim’s most radical car was the “sucker” or “vacuum” car that had fans that created a vacuum under the car providing unbelievable traction in the corners.  It was so radical that it was outlawed.  It was the beginning of the end of radical designs being part of racing.

So today, Father’s Day, I went to the Petroleum Museum to not only learn about the fascinating world of oil drilling, but also see the Chaparral race cars on display.

Here are some pix of the cars: 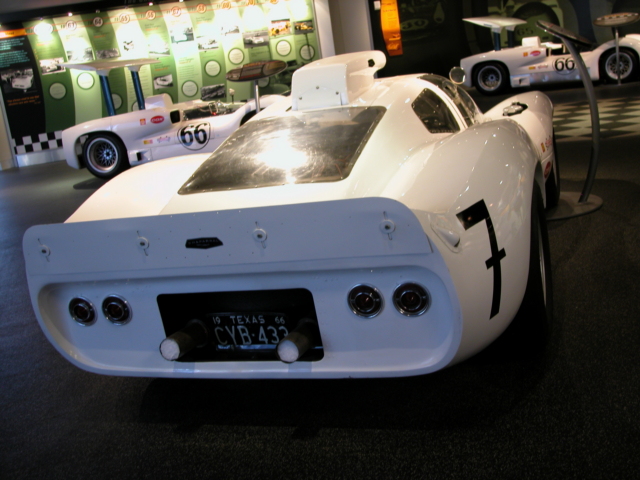 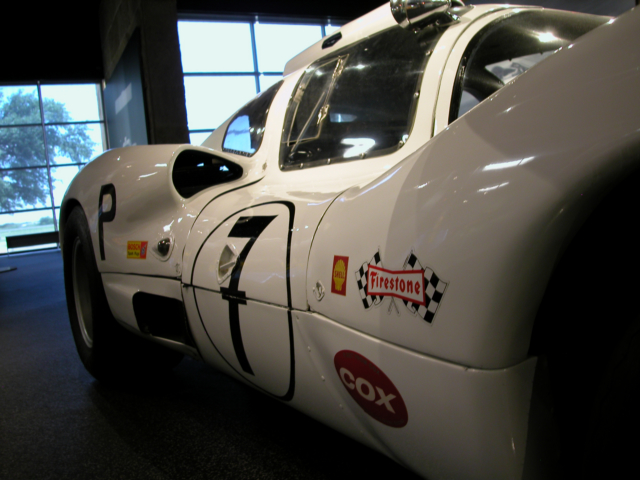 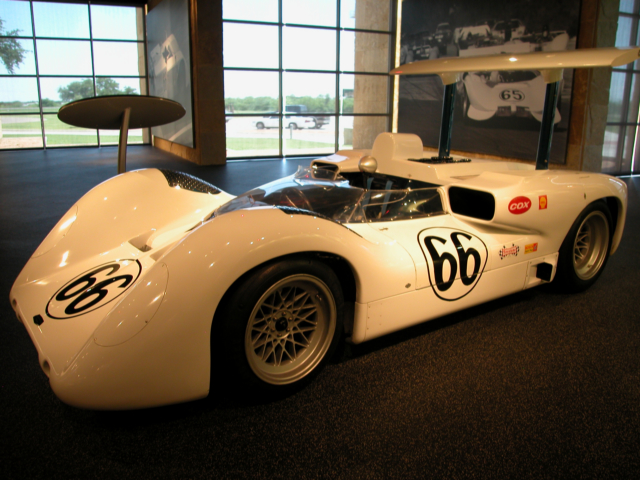 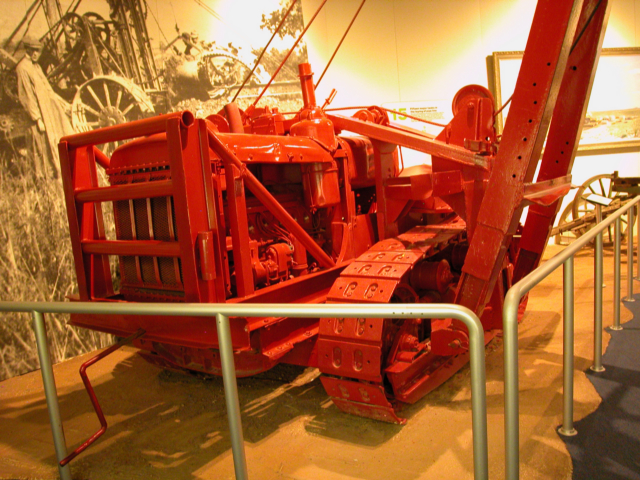 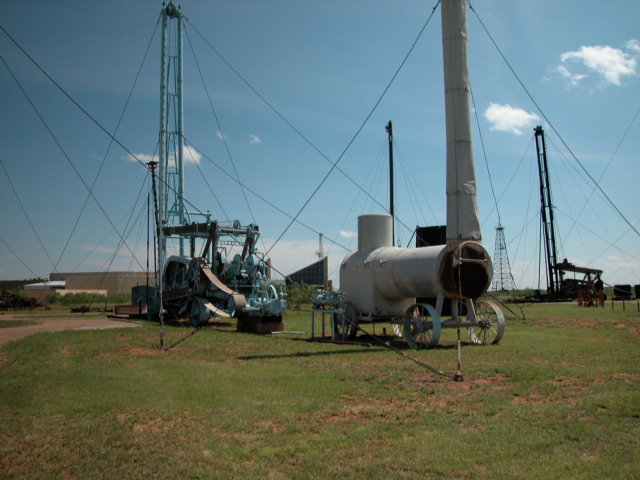 Down the road from Midland is Odessa, TX, and in between the two is the Midland Airport.  But more importantly by the airport is the CAF.  Now, years ago it was known as the Confederate Air Force, but it has been re-named as the Conservation Air Force.  In any case it has the largest collection of airworthy World War II military aircraft in existence.

Now today was a perfect day for me to visit that museum as well.  So I did.  Unfortunately it was closed and would not open until Tuesday.  Rats, I will be in new Mexico by then.  So the best I could do was take a photo of their front door and hope that someday I can return when they are open. 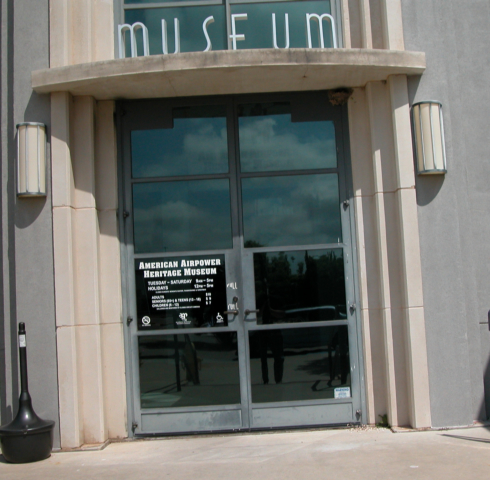 If you notice, to the upper right of the door, some natural aviators have built a hanger for themselves. 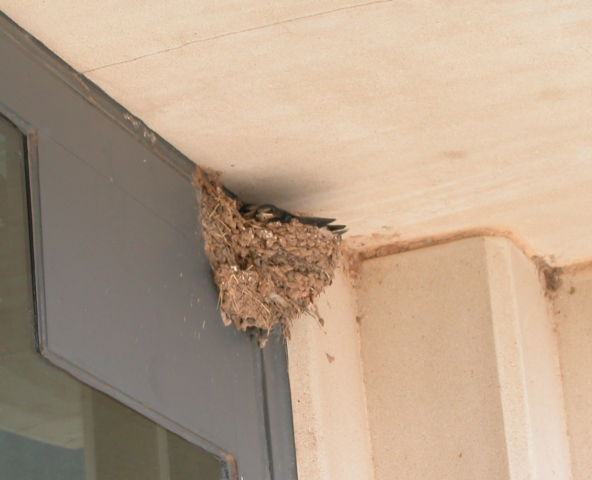 Tomorrow I plan to start out a little late for New Mexico.  Instead of heading off at the crack of dawn as I usually do, I want to drop by Chaparral Cars during business hours and see if they will allow me to check out their facilities and maybe the Rattlesnake Race Track that they use as their test bed. 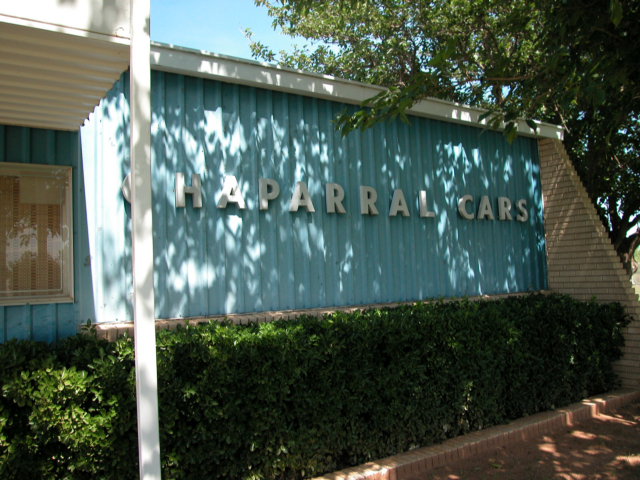 Then I’ll head to Las Cruses, where my sister and brother-in-law live for some personal time.  Later in the week I’ll take off for Phoenix and Tempe, AZ where there are some other great places to see.

5 Responses to On the Road – Midland, TX